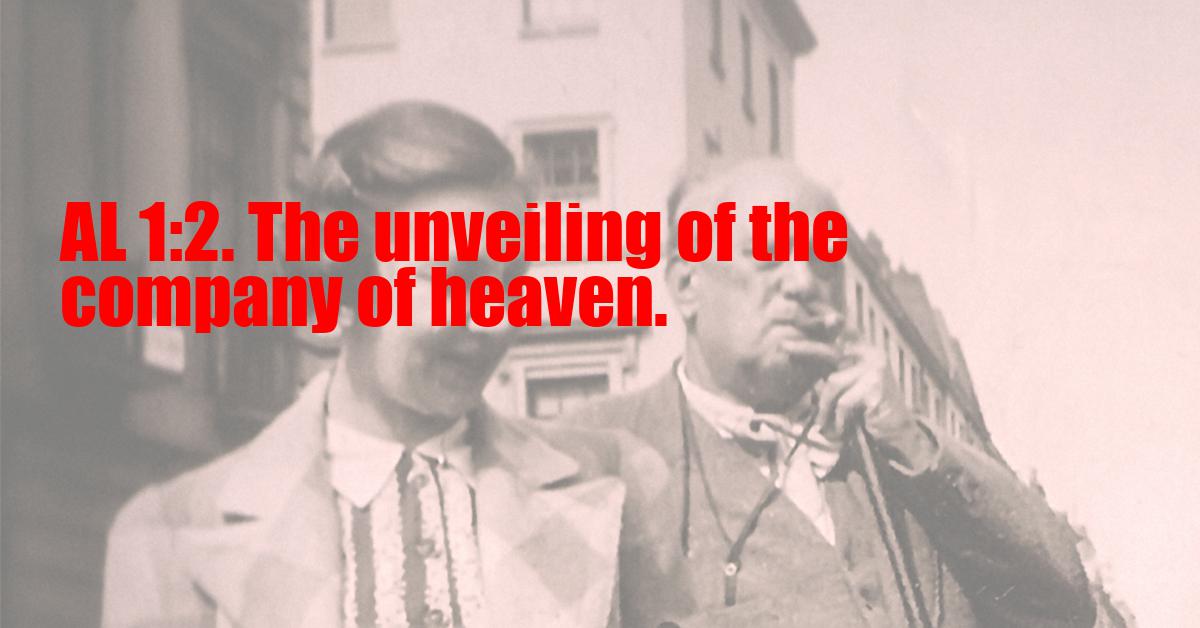 The unveiling of the company of heaven.

The Djeridensis Comment
Pantheism of AL.
The Book of the Law shows forth all things as God.

Tunisia Diaries
This book reveals the divine nature of each individual consciousness.

The Old Comment
This book is a new revelation, or unveiling of the holy ones.

The New Comment
This explains the general theme of this revelation: gives the Dramatis Personae, so to speak.
It is cosmographically, the conception of the two Ultimate Ideas; Space, and That which occupies Space.
It will however appear later that these two ideas may be resolved into one, that of Matter; with Space, its 'Condition' or 'form', included therein. This leaves the idea of 'Motion' for Hadit, whose interplay with Nuit makes the Universe.
Time should perhaps be considered as a particular kind or dimension of Space. « In "Berashith" all qualities soever are considered as so many dimensions. I see no reason, 19 years later, for receding from this view. »
Further, this verse is to be taken with the next. The 'company of heaven' is Mankind, and its 'unveiling' is the assertion of the independent godhead of every man and every woman!
Further, as Khabs (see verse 8) is "Star", there is a further meaning; this Book is to reveal the Secret Self of a man, i.e. to initiate him.