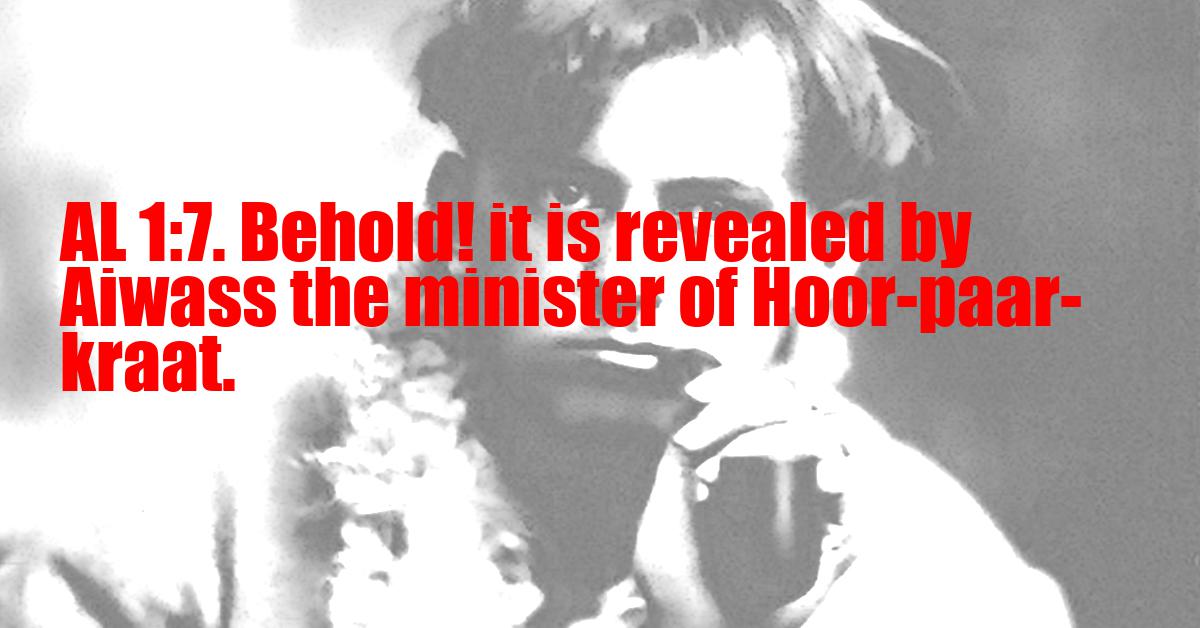 Behold! it is revealed by Aiwass the minister of Hoor-paar-kraat.

The Djeridensis Comment
Mine H.G.A. Aiwass: HisNature and Office, AL his Word.
Mine Angel sayeth Her song into mine ear. He is Aiwass, who is the Word of the Law as also its mode of action. He serveth Silence through his speech, which stilleth evil sounds, not known nor fused into one tune.

Tunisia Diaries
The essential truth necessary at the present period of history is revealed by Aiwass, the H.G.A. of The Beast, whose name expresses equally the ideas of the Law itself & of the Formula of the Aeon. He is called the minister of the God of Silence, as if to assert that his message is not a disturbance of spiritual equilibrium but the means of correcting an existing error.

The Old Comment
Aiwass — see Introduction. He is 78, Mezla the "influence" from the Highest Crown, and the number of cards in the Tarot, Rota, the all- embracing Wheel.
Hoor-paar-Kraat. See II. 8.
Aiwass is called the minister of Hoor-paar-Kraat, the God of Silence; for his word is the Speech in the Silence.