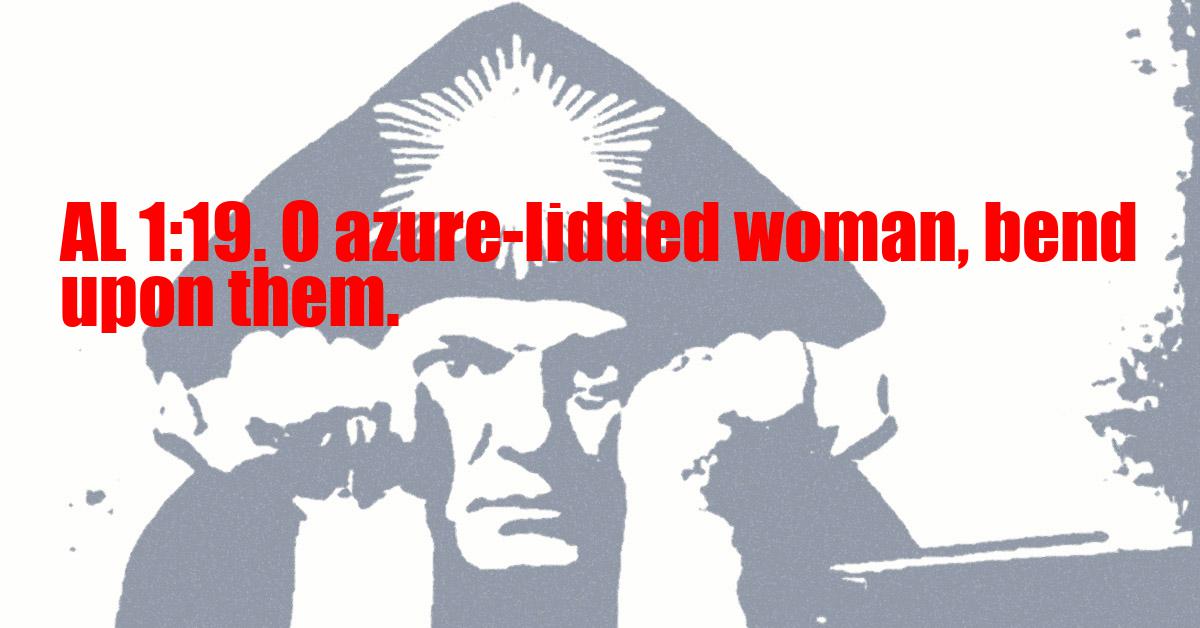 Bethsheba Comment:
Again by biblical convention the word woman has the value of 111. In verse 1:23 of Genesis, Adam calls the Woman this one three times.
"And said Adam: This one now bone from my bones and flesh from my flesh. This one shall be called ‘Woman,’ because from man to take this one.” The Gnostics believed that Cain קין (160) was the son of the Woman (111) and the Serpent (50) because his name is one less than their numbers combined.Love has the value of 111.
O azure lidded – 111 = 235.
765 (from previous verse) + 235 = 1000, which is the value of the large aleph.

O azure-lidded woman, bend upon them!

The Djeridensis Comment
On us the Soul of Space is bent, so that to all alike we may show all things as the Way of Joy.

Tunisia Diaries
All possibilities soever may be realised by & will be attributed to them.

The New Comment
These two verses 18, 19, seem to be interpolated by Aiwaz, invoking the Gods to The Beast and The Scarlet Woman, perhaps as a formal Consecration.