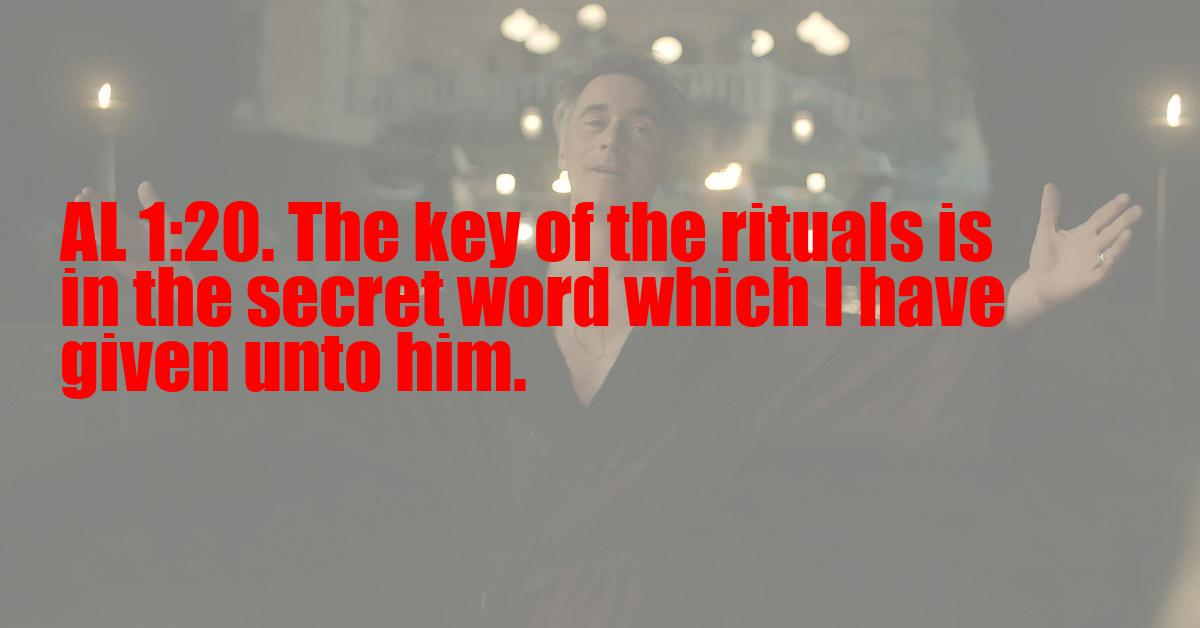 The key of the rituals is in the secret word which I have given unto him.

The Djeridensis Comment
The Key of the Magick of the New Aeon of Heru-Ra-Ha.
The Mode of Magick is explained in the Word Abrahadabra, whose power I declare and whose secret I expound in other writings.

Tunisia Diaries
The general method of attainment is explained by the word ABRAHADABRA. The aspirant should discover for himself what elements are lacking to the perfection of his being & are required to make him a complete expression of the Universe.He should then make it his business to infiltrate himself in all possible ways with this complementary idea so that there is ultimately no element of his being which is not completely satisfied by intimate union with each & every other idea conceivable.

The Old Comment
This word is perhaps Abrahadabra, the sacred word of 11 letters.

The New Comment
For this word see Appendix. {WEH NOTE: The Appendix has not yet been recovered. Kenneth Grant, in his "Magical and Philosophical Commentaries …" pp. 105-108 has a lengthy extension here. The providence of the extension is not definitely known to be Crowley at this writing, hence cannot be included here.}
ABRAHADABRA is "The key of the rituals" because it expresses the Magical Formulae of uniting various complementary ideas; especially the Five of the Microcosm with the Six of the Macrocosm.