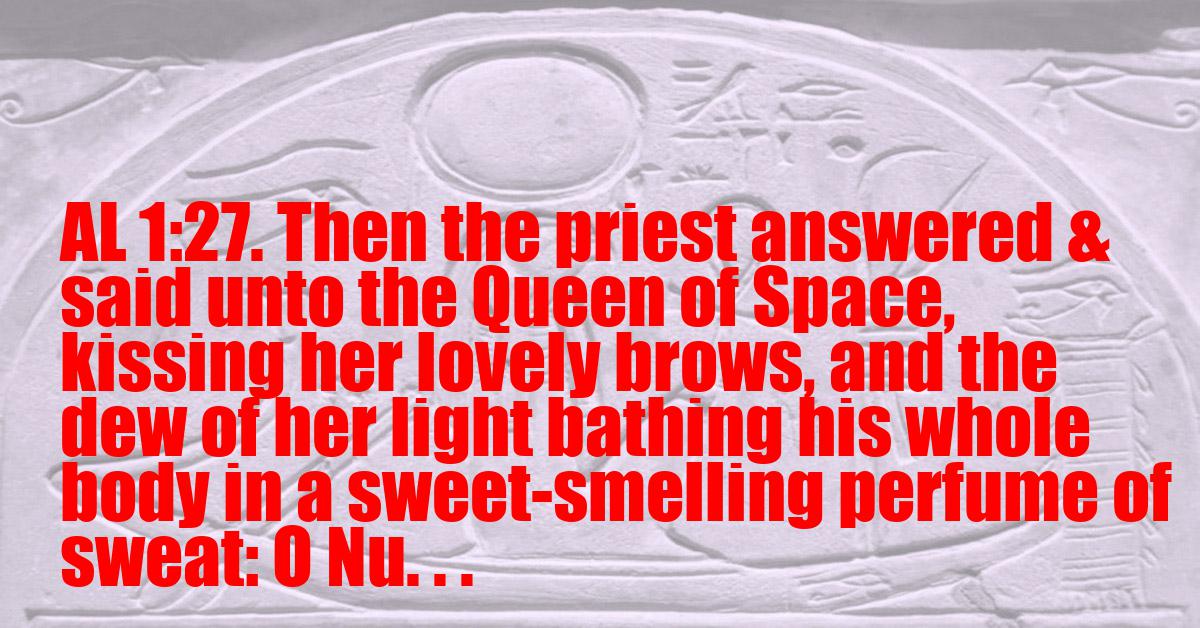 Then the priest answered & said unto the Queen of Space, kissing her lovely brows, and the dew of her light bathing his whole body in a sweet-smelling perfume of sweat: O Nuit, continuous one of Heaven, let it be ever thus; that men speak not of Thee as One but as None; and let them speak not of thee at all, since thou art continuous!

The Djeridensis Comment
666 asks Nuit to reveal Herself to Men.
I called Her "O Nuit, continuous one of Heaven" — which is a marvel of the Inmost Nature of Number as I shew in my other Comment[10] — and prayed that men might come to think of Her not as One, which implies the idea of Limit, but as None which is beyond bound.