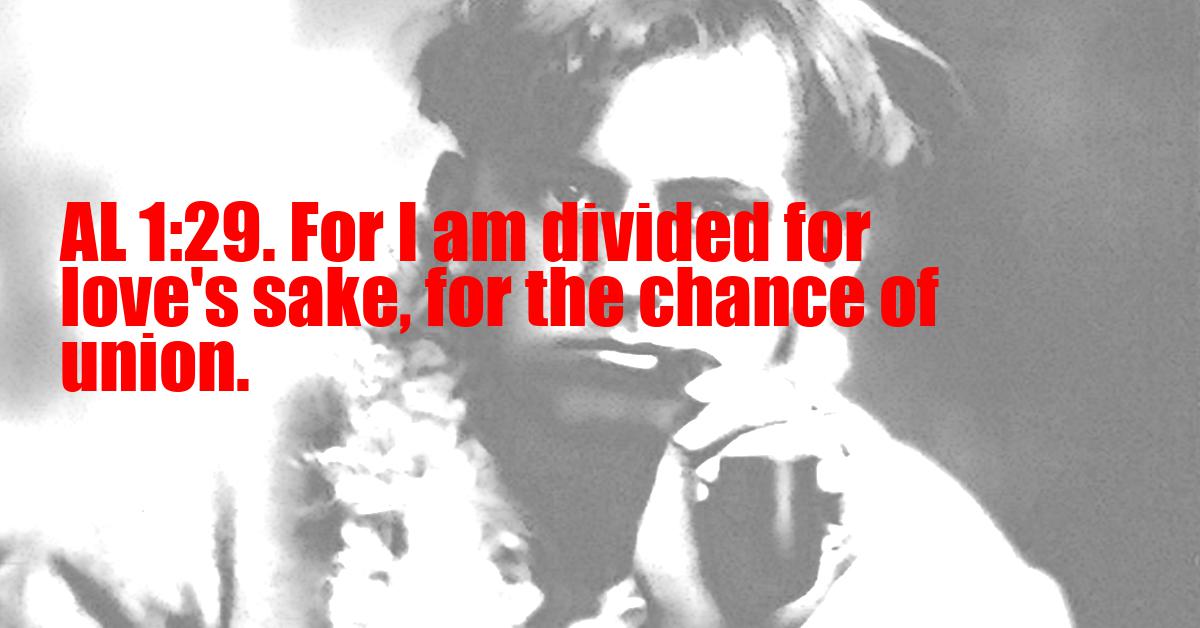 For I am divided for love's sake, for the chance of union.

The Djeridensis Comment
(28-29.) Nuit is that which is equally 0 & 2. This Equation 0=2 the Master-Key of the Understanding of the Nature of the Universe.
She answered: None and Two. This also is a marvel of number, and is the Truth of the Essence of Nature of all Things, the Root of the Tree of Thought, as I shall shew elsewhere.