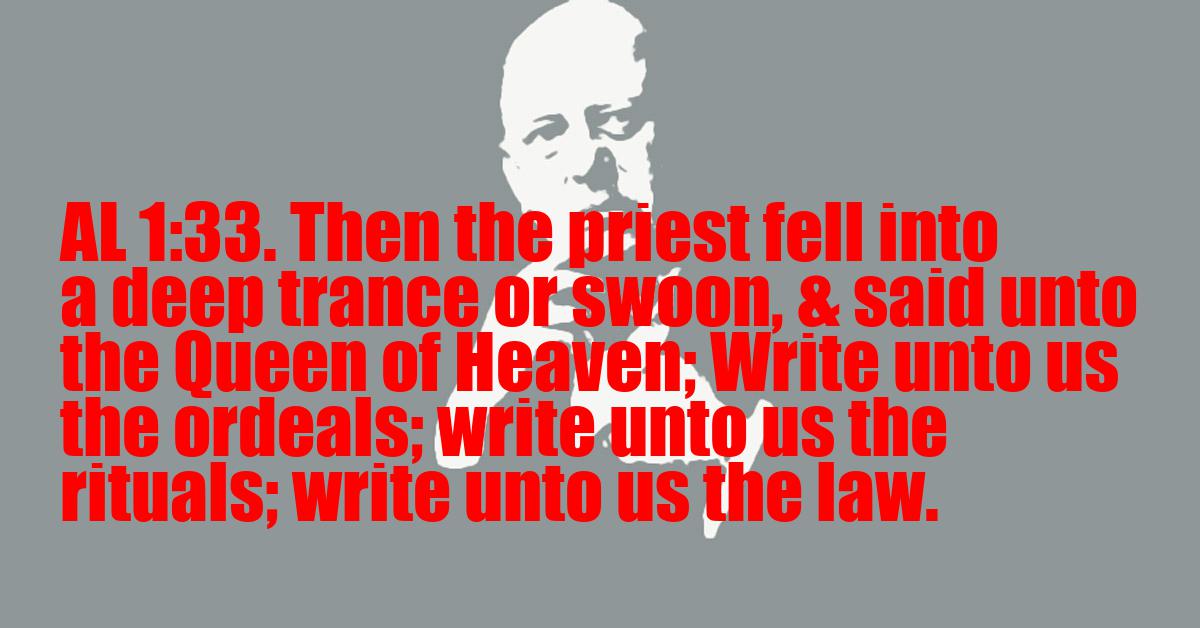 Bethsheba Comment:
The word for heaven in Hebrew is שמים Shmym with a gematria of 93. Thus:
The Queen of Shmym = 418.
The Greek word for rituals is ιεροτελεστια (Ierotelestia) which has a Reverse Gematria number of 547, and the Greek word for law is Θελημα (Thelema). Thus:
Ordeals + Ierotelestia + Thelema = 1010.
1010 is the value of the gematria of all the paths and palaces of the wheel with the exception of the Palace of the Beth which is reserved as the abode of the divine.

The Djeridensis Comment
Nuit asked by 666 for full instructions in writing.
I asked Nuit to write the rituals, the ordeals, and the law.

The New Comment
Law, in the common sense of the word, should be a formulation of the customs of a people, as Euclid's propositions are the formulation of geometrical facts. But modern knavery conceived the idea of artificial law, as if one should try to square the circle by tyranny. Legislators try to force the people to change their customs, so that the "business men" whose greed they are bribed to serve may increase their profits.
'Law' in Greek, is NOMOC, from NEM , and means strictly "anything assigned, that which one has in use or possession"; hence "custom, usage", and also "a musical strain". The literal equivalence of NEM and the Latin NEMO is suggestive. In Hebrew, 'Law' is ThORA and equivalent to words meaning "The Gate of the Kingdom" and "The Book of Wisdom".