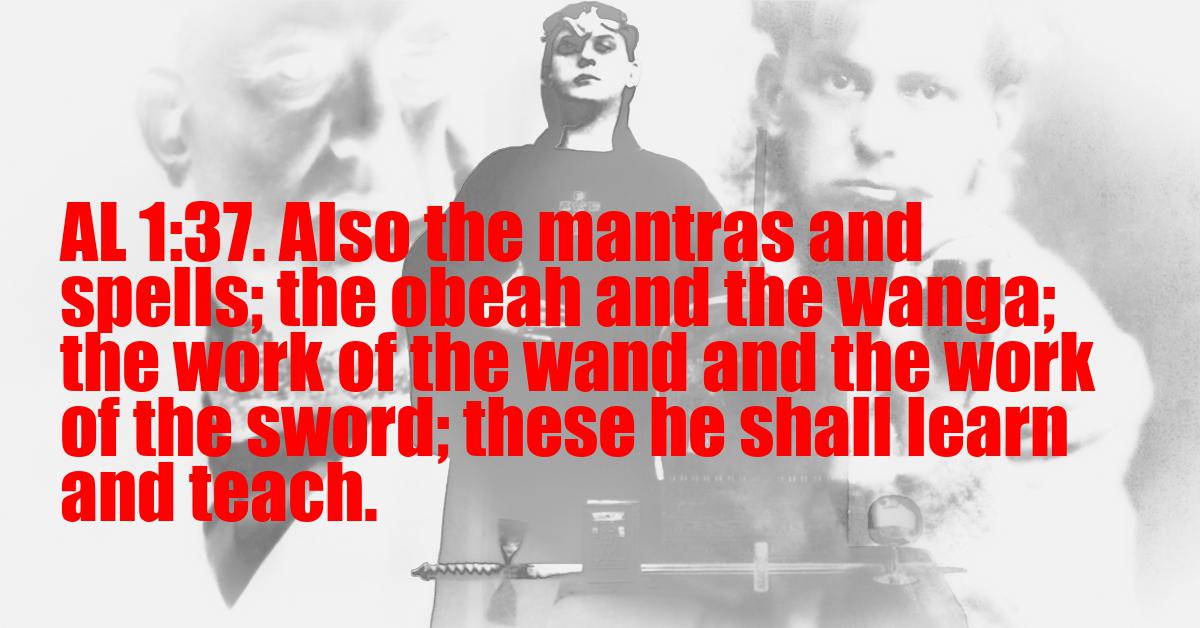 The Djeridensis Comment
666: His task as Teacher.
I am also bidden to learn and teach the way of doing Magick by means of saying[14] over many times certain Sacred texts, of writing words, symbols, figures, numbers and names of Power; – Magic by Speech, by secret Light of Darkness, by Deeds, by Acts which create Things or destroy them[15], and so forth, as I define and expound in other writings.

The Old Comment
An entirely new system of magic is to be learnt and taught, as is now being done.