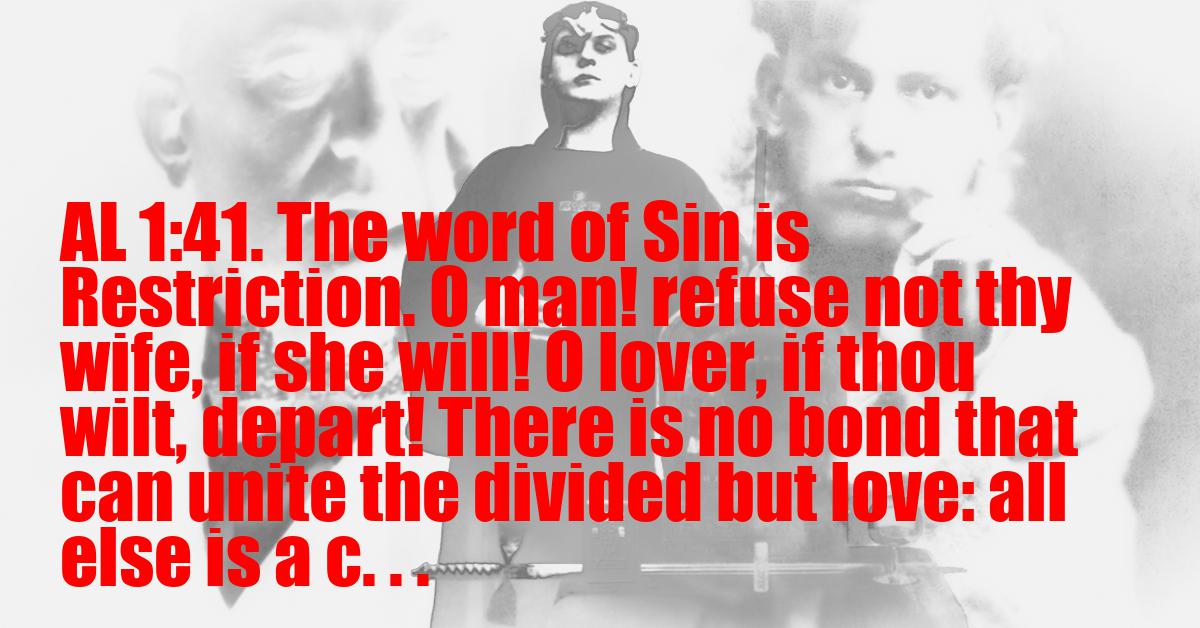 The word of Sin is Restriction. O man! refuse not thy wife, if she will! O lover, if thou wilt, depart! There is no bond that can unite the divided but love: all else is a curse. Accursed! Accursed be it to the aeons! Hell.

The Djeridensis Comment
Sin defined. The Nature of Freedom.
Sin is defined as Restriction: that is; the setting of limits, or the desire to set limits, to any thing that is, seeing that as above set forth the true Nature of all things is to fulfil themselves in all Ways. Yet though all things be thus lawful in themselves, it is often Restriction to act, and Freedom to refrain. For that Freedom is worth the other, and each case must be judged by its own Nature.
Duty of a Thelemite towards others.
Seek not to control the will of any other in the matter of Love, setting Limits either to the Will to Love or the Will to seek elsewhere the Goal of Will. For Love itself is the sole bond; all others set up strains against the Nature of Things: whereby cometh at last the ruin of all.

The Old Comment
(41-42.) Interference with the will of another is the great sin, for it predicates the existence of another. In this duality sorrow consists. I think that possibly the higher meaning is still attributed to "will."