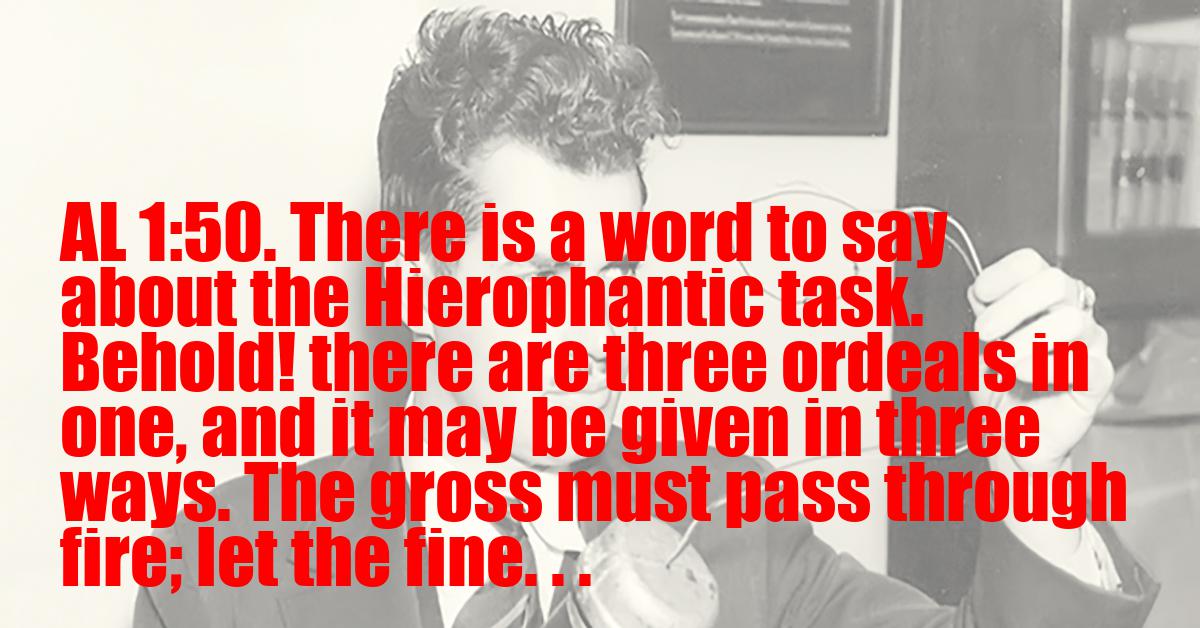 For the final part of the puzzle we must consider how YHVH is a notariqon for the Seven Palaces!

Note that the blue section (220) is arranged in a star shape, while the pink section (480) is the circumference & the path of Teth, representing the limits of a system. Recall again: ALHIM + HShMYM + HARTs; “Elohim + the heavens + the earth” (Genesis 1:1) = 480.
Had + manifestation + Nuit (AL 1:1) = 480.
Both systems are built on the same architecture but they have slightly different furniture in the house. We may naturally assume that the last line is a warning against mixing the systems or against following more than the A.'. A.'. system. Two things argue against this peshat interpretation; the first is that the original curriculum of the A.'.A.'. has the study of all the major religions and philosophies as a major part of the grade-work for 5=6 & 6=5, the second bar is that the last sentence of the verse is a riddle which I believe is meant to point to the fact that every system, just like every star, has both an exoteric & exterior form as well as an esoteric interior meaning;
For one star we take the value of 220, and the value of the other as 270 gematria.
For one system we take the value of 480, and the value of the other as 184 gematria.
We subtract from this לא (not) and da'ath (know) and two '1's for one and another:
220 + star + 480 + system - לא - 1 - da'ath - 1 = 1111.

1111 has two entries in Shematria; הפעם עצם מעצמי ובשר מבשרי which means the bone from my bones and flesh from my flesh from Genesis 2:23 and ΑΠΟ ΠΑΝΤΟΣ ΚΑΚΟΔΑΙΜΟΝΟΣ which means Completely away Evil Spirits and is from the ritual of the Star Ruby.

There is a word to say about the Hierophantic task. Behold! there are three ordeals in one, and it may be given in three ways. The gross must pass through fire; let the fine be tried in intellect, and the lofty chosen ones in the highest. Thus ye have star & star, system & system; let not one know well the other!

The Djeridensis Comment
Nuit instructs 666 in his duties as Hierophant.
Nuit instructs me now in my Work of training men to become Masters and Adepts by putting them through ordeals. I am to purge their brute souls [originally "animal souls"][20] by fire — to burn out their grossness by kindling the Lust of the Spirit within them. Their minds are to be tested by trials of mind; and those rare souls marked from the hour of birth to attain the lofty summits to the Mountain of Magick must be made perfect by ordeals suited to their natures. Yet by my wit I am bidden to devise such means as may attain all three objects in a single Test, in the manner explained elsewhere.
Three types of Ordeal for three parts of the Soul. Regulations of the Order of A∴A∴.
Stars — that is, men whose souls shed Light — must not be grouped at random in the Order, but each must have his own proper place and orbit. Sometimes it may be wise to form a system of stars as are by Nature fit to work in groups [originally "work together"][21]: but even so, keep each unit intent on its own proper Going, let it not know, more than needs must, the Way of other Stars and Systems, lest falling from its own Way, it follow after others, or jostle them, and confuse thus the Order of Heaven.

The Old Comment
Our system of initiation is to be triune.
For the outer, tests of labour, pain, etc.
For the inner, intellectual tests.
For the elect of the A ∴ A ∴, spiritual tests.
Further, the Order is not to hold lodges, but to have a chain-system.
{WEH NOTE: This was written when Crowley had not yet joined O.T.O. and before he chartered O.T.O. lodges}
(These ordeals are general: all Aspirants to Thelemic Initiation must pass through them. The conditions and circumstances always vary according to the individual case.
Don't think, either, that the ordeals get easier as you progress. They get harder. The late ordeals would disintegrate your vehicles in the early stages of Initiation.)

The New Comment
It would be improper to make extended commentary on this verse, since the nature of the ordeals is not to be written. It is only necessary to say that these ordeals are singularly thorough in all ways, and cannot be dodged. They are real, not formal, tests of the candidate.
Persons accustomed to the schoolboy jokes of Freemasonry please take notice.