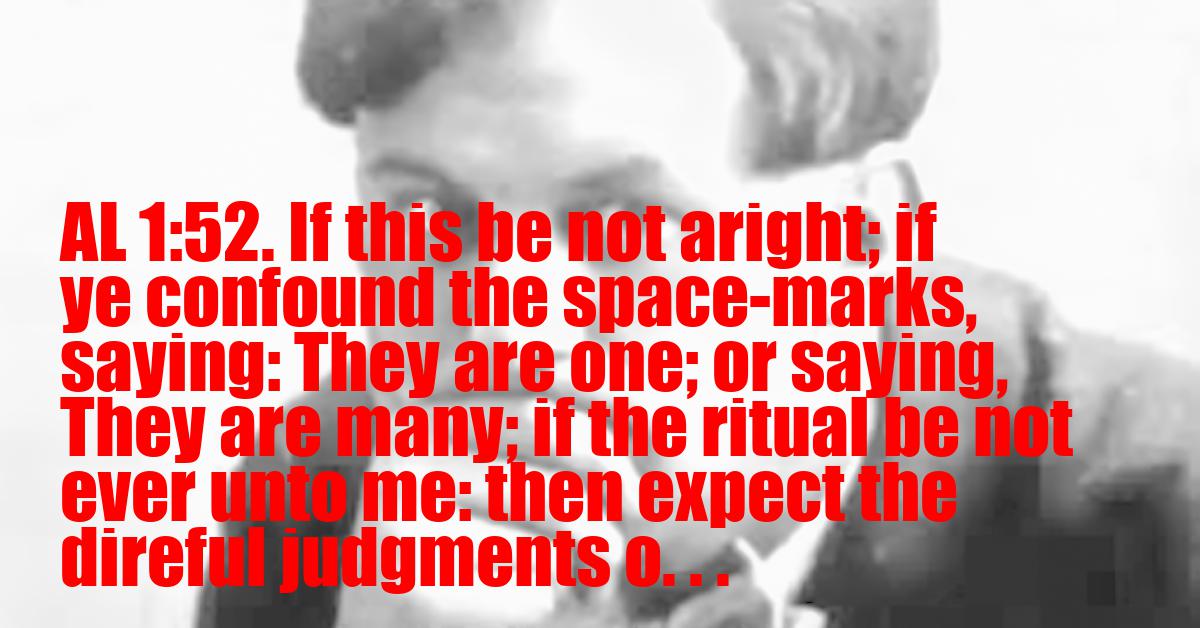 If this be not aright; if ye confound the space-marks, saying: They are one; or saying, They are many; if the ritual be not ever unto me: then expect the direful judgments of Ra Hoor Khuit!

The Djeridensis Comment
Danger of error in this matter.
This command is enforced, like that as to Restriction above, with a great Curse. The only thing that can do harm is to set limits to That which is by Nature Free and without Bounds. Thus, to find in any special love a distinct joy apart from other loves, or to think that the event of any love, a fixed dead ash of the past, is a living joy, is to fall into the Power of the Lords of Matter, to have to obey the Laws of Death, to lose all Freedom, and so suffer the Burden of Bondage.

The Old Comment
But distinctions must not be made before Nuit, either intellectually, morally, or personally.
Metaphysics, too, is intellectual bondage; avoid it!
Otherwise one falls back to the Law of Hoor from the perfect emancipation of Nuit. This is a great mystery, only to be understood by those who have fully attained Nuit and her secret Initiation.