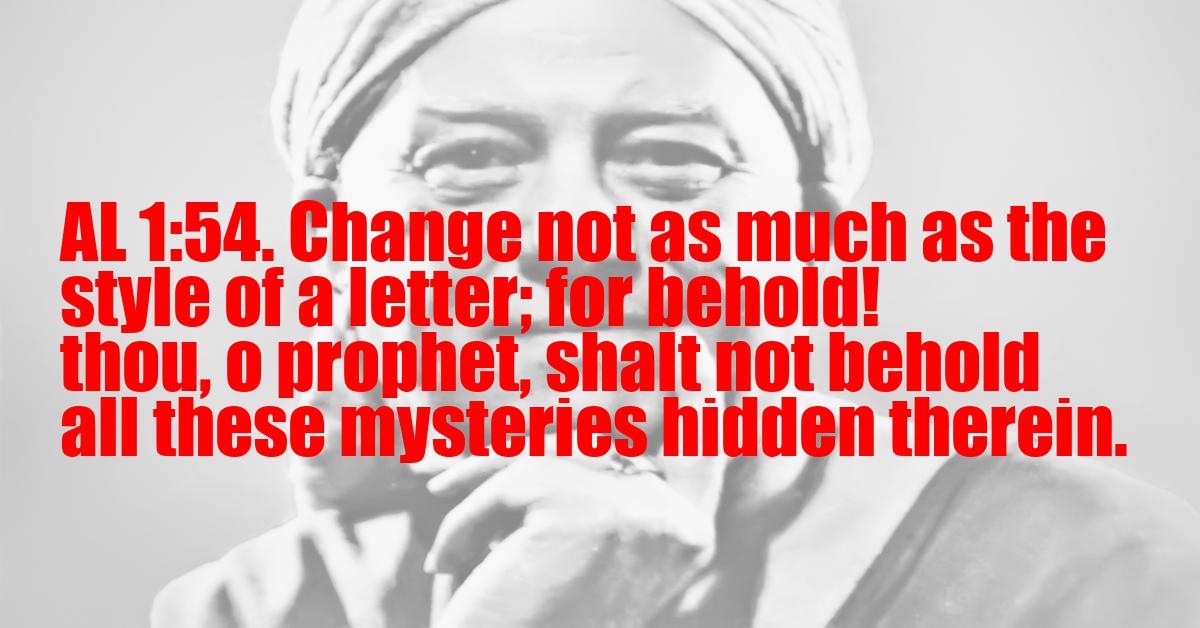 Change not as much as the style of a letter; for behold! thou, o prophet, shalt not behold all these mysteries hidden therein.

The Djeridensis Comment
Nuit repeats that 666 must respect the MS. of AL.
I am bidden once more not to tamper with the text of the MS. of Liber AL on he ground that it contains secrets beyond my knowledge.

The New Comment
The subject changes most abruptly, perhaps answering some unspoken comment of the scribe on the capital T's in 'To me'.
This injunction was most necessary, for had I been left to myself, I should have wanted to edit the Book ruthlessly. I find in it what I consider faults of style, and even of grammar; much of the matter was at the time of writing most antipathetic. But the Book proved itself greater than the scribe; again and again have the 'mistakes' proved themselves to be devices for transmitting a Wisdom beyond the scope of ordinary language.