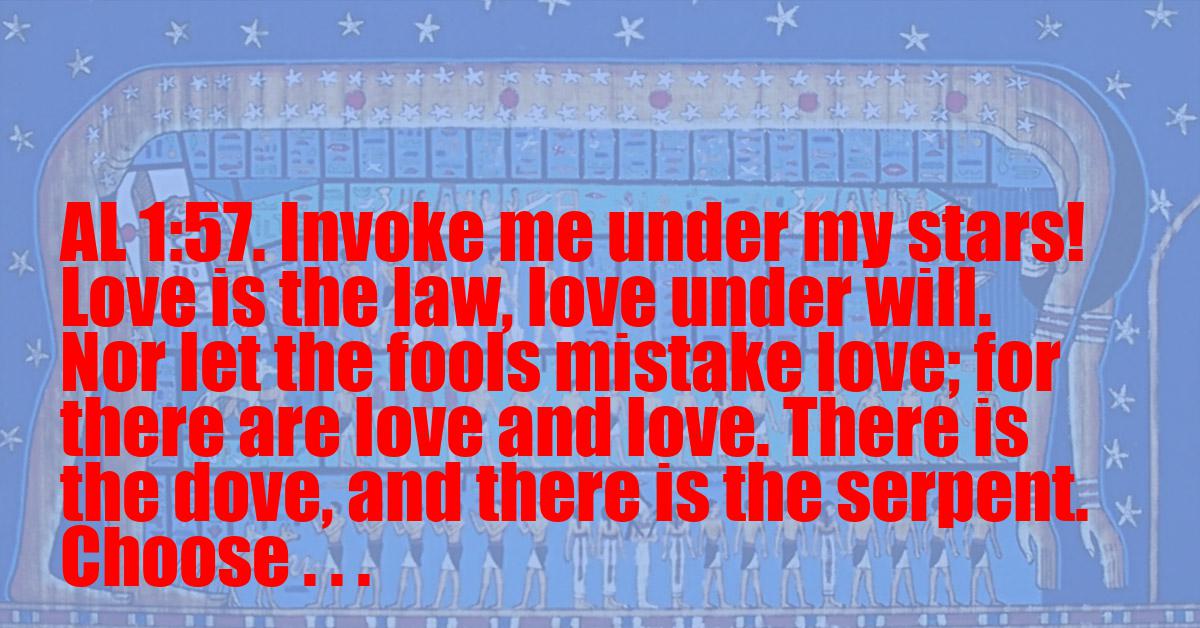 Now consider this; that the two doors (the Palaces of the Daleth) were cloven from the Cheth, just the two Palaces of the Aleph (1) are created through the division of the House of God (Beth (2)) to bring Day and Night into being. To ancient thinking, something could not come from nothing[1], thus the ancients concieved of the creation similar to a process of mitosis.
The word חפה ChPH (93) means: to cover; by implication, to veil, to encase, protect. Usage: ceil, cover, overlay. It can also mean: a canopy. Usage: chamber, closet, defence. When used as a verb it denotes things done in secrecy.
Although Crowley goes on to explain the Tsade is the Emperor and Heh is the Star, he neglects here to explain why this is so. Therefore let us consider the qualities of the letters according to their ancient correspondences in the Book of Genesis's creation story.
The verses for Heh are:
"And He made the stars as well. Elohim set these lights in the expanse of the sky to shine upon the earth, to preside over the day and the night, and to separate the light from the darkness. And Elohim saw that it was good."
And the verses for Tsade are:
"So YHVH Elohim caused a deep sleep to overshadow the man. When the man was asleep, he took one side and closed up the flesh in its place. Then YHVH Elohim formed the side that he had taken from the man into a woman and brought her to the man."
Now it is fairly easy from this to see why Heh is The Star but Tsade requires a bit more explanation. Kabbalists regard the creation of Eve as the first "birth" and the Tsade was corresponded with childbirth. The card is named after the most famous Roman Emperor of all time; Caesar, because there was a legend that Caesar was born by the (then) miraculous proceedure now called the Caesarean section.
In the Book of Thoth Crowley writes of the power of Tsade with a description that would also describe childbirth:
"With regard to the quality of this power, it must be noted that it represents sudden, violent, but impermanent activity. If it persists too long, it burns and destroys. Distinguish from the Creative Energy of Aleph and Beth: this card is below the Abyss."
Thus the Star and the Emperor are a natural fit for Heh and Tsade.

[1] Crowley takes care of the creatio ex nihilo problem with his equation 2=0.

Invoke me under my stars! Love is the law, love under will. Nor let the fools mistake love; for there are love and love. There is the dove, and there is the serpent. Choose ye well! He, my prophet, hath chosen, knowing the law of the fortress, and the great mystery of the House of God.
All these old letters of my Book are aright; but צ {Tzaddi} is not the Star. This also is secret: my prophet shall reveal it to the wise.

The Djeridensis Comment
Nuit: duty of mankind to invoke Her.
Nuit commands mankind to invoke Her, that is, to fulfil their utmost Selfhood, under Her stars, that is, by the study of all other Points of View beside one’s own.
The method of Magick: Love the mode in which Will operates.
The method of Magick in this — and in all — Work is: "love under will." The word love (Agape in Greek) has the value of 93, like that of θέλημα, will. This implies that love and will are in truth one and the same, two phases of one theme. Love is thus shown as the means by which will may be brought to success.
Love: its two main types: its possible defects.
Men are warned against error in this matter of love. There are two main modes of love, the symbol of one being the dove, of the other the serpent. These symbols and their meanings in ethics, with their bearing on "the law of the fortress, and the great mystery of the House of God" are explained by me fully elsewhere.
Aiwass: a proof of His Knowledge beyond that of any man: a problem which had always baffled human wisdom solved rightly in a phrase. The ancient wisdom of the Tarot otherwise correct in all points.
The sublime Knowledge, more than that of any living man, possessed by Aiwass, is now shewn by giving the correct value of one of the Tarot Trumps (unknown till that time) which perfects their balance [originally "by a correction of the values of the T[arot] T[rumps] which perfects their symmetry"][26] as had baffled the wit of all men to do. We are also warned against any "folly" of trying to improve upon the ancient and well-tried and trusty values — save at this one point where they were shewn weak.

The Old Comment
Invoke me, — etc. — I take literally. See Liber NV for this ritual.
Love under will — no casual pagan love; nor love under fear, as the Christians do. But love magically directed, and used as a spiritual formula.
The fools (not here implying א {Alef} fools, for III., 57 says, All fools despise) may mistake.
This love, then, should be the serpent love, the awakening of the Kundalini. The further mystery is of פּ {Pe} and unsuited to the grade in which this comment is written.
The last paragraph confirms the Tarot attributions as given in 777. With one secret exception.

The New Comment
"Love is the law, love under will", is an interpretation of the general law of Will. It is dealt with fully in the Book "Aleph".
I here insert a few pertinent passages from that Book.
"This is the evident and final Solvent of the Knot Philosophical concerning Fate and Freewill, that it is thine own Self, omniscient and omnipotent, sublime in Eternity, that first didst order the Course of thine own Orbit, so that that which befalleth thee by Fate is indeed the necessary Effect of thine own Will. These two, then, that like Gladiators have made War in Philosophy through these many Centuries, art made One by the Love under Will which is the Law of Thelema.
O my Son, there is no Doubt that resolveth not in Certainty and Rapture at the Touch of the Wand of our Law, and thou apply it with Wit. Do thou grow constantly in the Assimilation of the Law, and thou shalt be made perfect.
Behold, there is a Pageant of Triumph as each Star, free from Confusion, sweepeth free in its right Orbit; all Heaven acclaimeth thee as thou goest, transcendental in Joy and in Splendour; and thy Light is as a Beacon to them that Wander afar, strayed in the Night. Amoun."
The "old comment" covers the rest of this verse sufficiently for the present purpose.
I see no harm in revealing the mystery of Tzaddi to 'the wise'; others will hardly understand my explanations.
Tzaddi (צ) is the letter of The Emperor, the Trump IV, and He is The Star, the Trump XVII. Aquarius and Aries are therefore counterchanged, revolving on the pivot of Pisces, just as, in the Trumps VIII and XI, Leo and Libra do about Virgo. This last revelation makes our Tarot attributions sublimely, perfectly, flawlessly symmetrical.
The fact of its so doing is a most convincing proof of the superhuman Wisdom of the author of this Book to those who have laboured for years, in vain, to elucidate the problems of the Tarot.