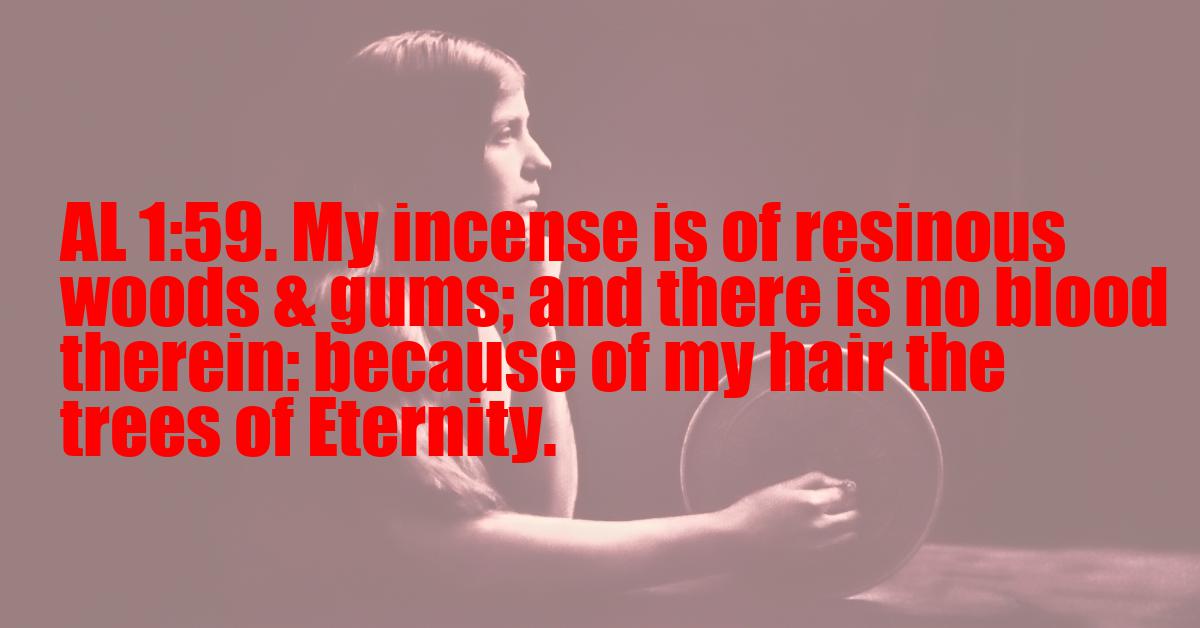 My incense is of resinous woods & gums; and there is no blood therein: because of my hair the trees of Eternity.

The Djeridensis Comment
Nuit: Her cult.
Nuit declares the fit form of Her cult as a Rite. Her incense is of "resinous woods and gums" — sacred to Her as scented, fluid, ["uniform" crossed out at this point][27] and vital. There is no blood therein; for Her worship involves neither life nor death; it is a Growth in all ways, the primal mode of Being. Her hair: this phrase is to be studied side by side with my account of my Visions of Her[28]: it will be clear to those who may attain thereto.

The Old Comment
"Because," etc. This mystical phrase doubtless refers to some definite spiritual experience connected with the knowledge of Nuit.

The New Comment
It seems possible that Our Lady describes Her hair as "the trees of Eternity" because of the tree-like structure of the Cosmos. This is observed in the 'Star-Sponge' Vision. I must explain this by giving a comparatively full account of this vision.