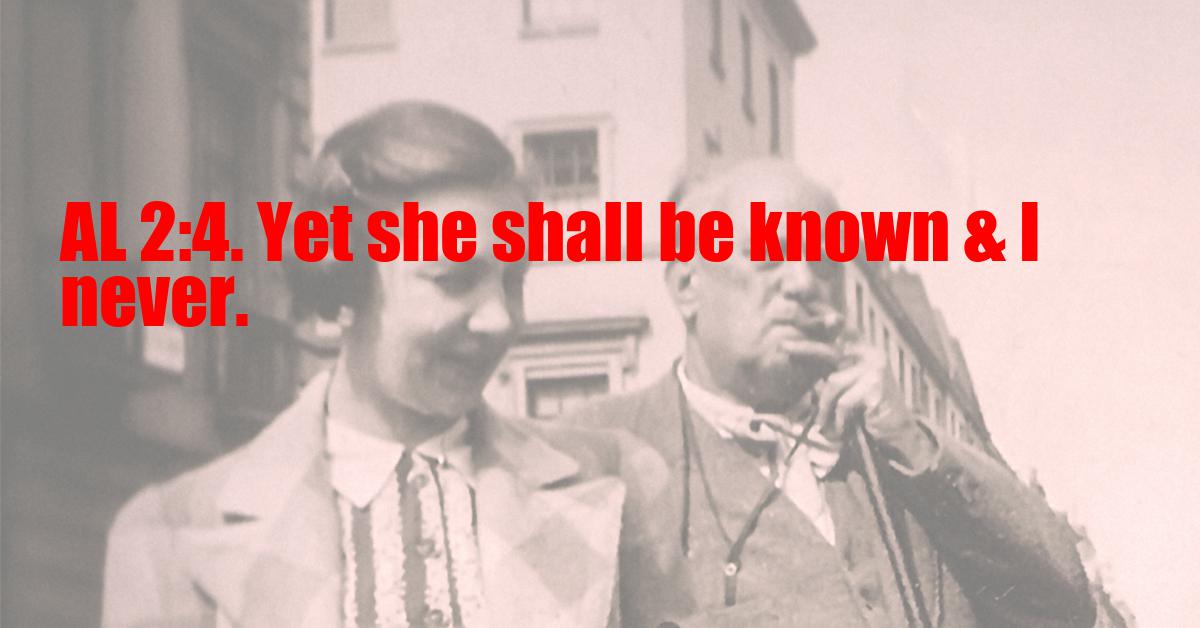 Yet she shall be known & I never.

The Djeridensis Comment
She is known, as He goeth on His Way, and doth His Will; each Event adds to His Knowledge of Her Nature. He cannot be known, for He hath no parts whereby to define Him.

The Old Comment
The circumference of Nuit touches Ra-Hoor-Khuit, Kether; but her centre Hadit is for ever concealed above Kether. Is not Nu the "Hiding" of Hadit, and Had the "Manifestation" of Nuit? [I later, Sun in Libra, An VII., dislike this note; and refer the student to Liber XI. and Liber DLV.]

The New Comment
See later, verse 13, "Thou (i.e. the Beast, who is here the Mask, or "per-sona," of Hadit) wast the knower." Hadit possesses the power to know, Nuit that of being known. Nuit is not unconnected with the idea of Nibbana, the "Shoreless Sea," in which Knowledge is Not.
Hadit is hidden in Nuit, and knows Her, She being an object of knowledge; but He is not knowable, for He is merely that part of Her which She formulates in order that She may be known.