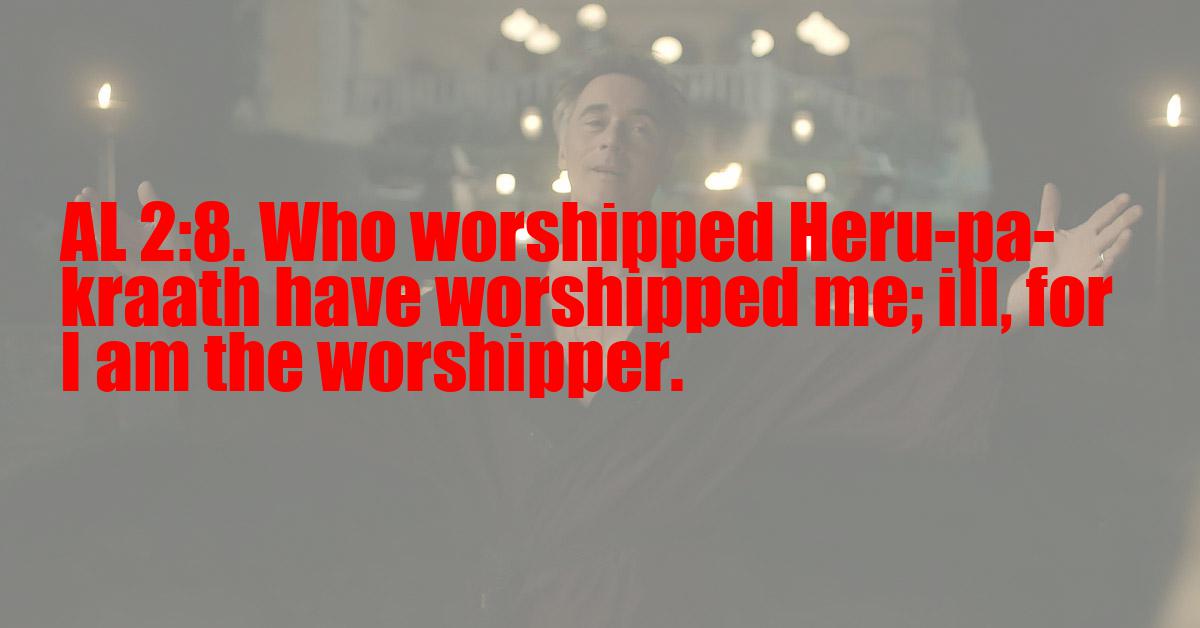 The Djeridensis Comment
Those who hold Silence worthy, and seek it, do err if they think to find therein the Truth of their Selves; for Hadit holdeth worthy, and seeketh, Nuit: and though He be Silence, is not be sought. The True Self is Silence, and seeketh Truth in all Ways of Event.

The Old Comment
He is symbolised by Harpocrates, crowned child upon the lotus, whose shadow is called Silence.
Yet His Silence is the Act of Adoration; not the dumb callousness of heaven toward man, but the supreme ritual, the Silence of the supreme Orgasm, the stilling of all Voices in the perfect rapture.

Harpocrates is also the Dwarf-Soul, the Secret Self of every man, the Serpent with the Lion's Head. Now Hadit knows Nuit by virtue of his 'Going' or 'Love.' It is therefore wrong to worship Hadit; one is to be Hadit, and worship Her. This is clear even from His instruction "To worship me" in verse 22 of this chapter. Confer, Cap.I, v.9. We are exhorted to offer ourselves unto Nuit, pilgrims to all her temples. It is bad Magick to admit that one is other than One's inmost self. One should plunge passionately into every possible experience; by doing so one is purged of those personal prejudices which we took so stupidly for ourselves, though they prevented us from realizing our true Wills and from knowing our Names and Natures. The Aspirant must well understand that it is no paradox to say that the Annihilation of the Ego in the Abyss is the condition of emancipating the true Self, and exalting it to unimaginable heights. So long as one remains "one's self," one is overwhelmed by the Universe; destroy the sense of self, and every event is equally an expression of one's Will, since its occurrence is the resultant of the concourse of the forces which one recognizes as one's own.