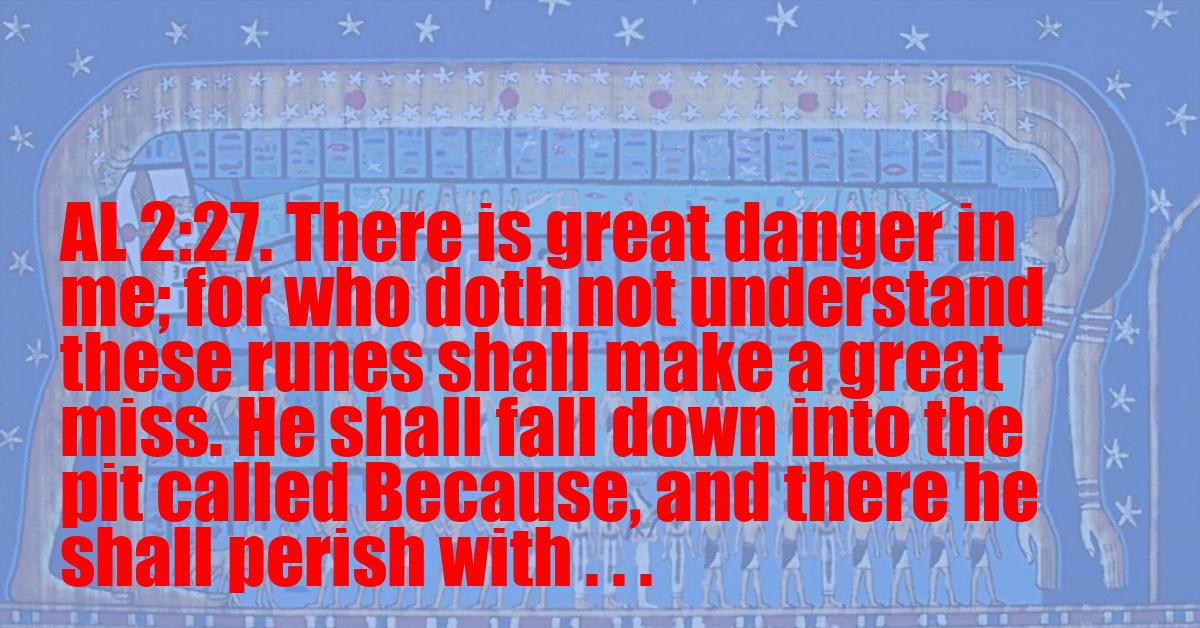 There is great danger in me; for who doth not understand these runes shall make a great miss. He shall fall down into the pit called Because, and there he shall perish with the dogs of Reason.

The Djeridensis Comment
Aiwass admits the danger of these doctrines: to go astray as to their meaning is to risk making "a great miss". One risks falling form the world of Will ("freed[32] from the lust of result") to that of Reason.

The Old Comment
The importance of failing to interpret these verses. Unspirituality leads us to the bird-lime of Intellect. The Hawk must not perch on any earthly bough, but remain poised in the ether.