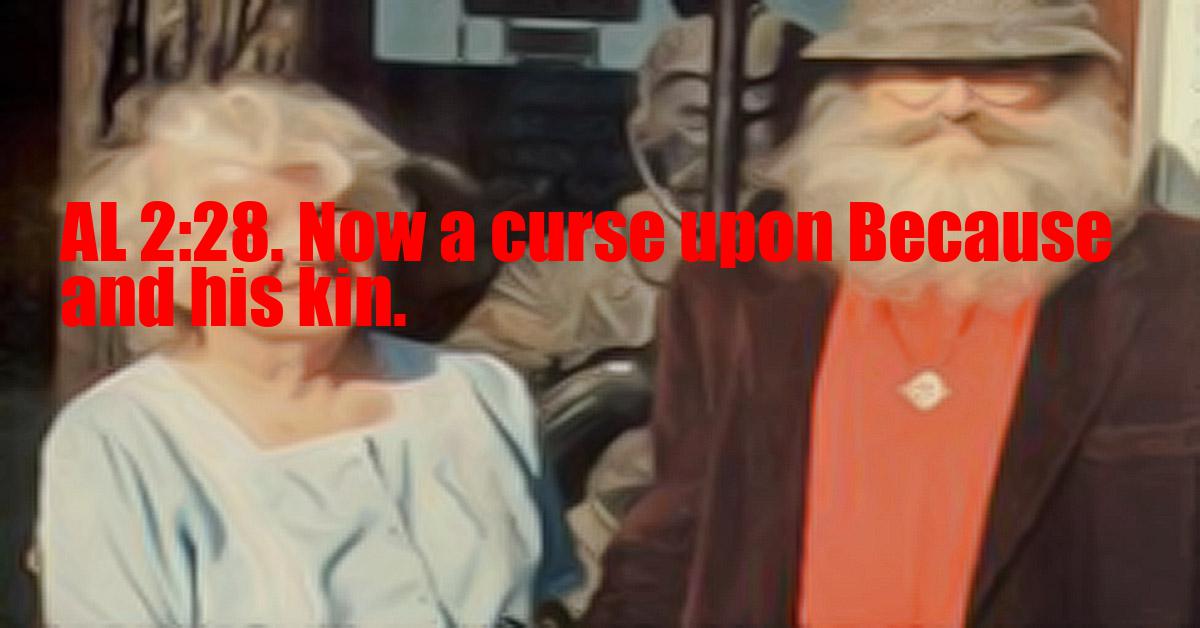 Now a curse upon Because and his kin!

The Djeridensis Comment
(28-31.) We now come to a challenge which is in some ways even more daring than any yet made. Before, the moral sense of men was outraged. He now turns to attack the Reason itself. He looks on reason as a soulless machine. Its proper function is to express the Will in terms of conscious thought, the will being the need of the inmost self to express itself by causing some Event. This will (as such) is not conscious. We can only become aware of it, and thus enjoy and learn from the Event, by making an Image of it. Reason is the machine whose function it is to do this. When reason usurps the higher functions of the mind, when it presumes[33] to dictate to the Will what its desires ought to be, it wrecks the entire structure of the star. The Self should set the Will in motion, that is, the Will should only take its orders from within and above. It should not be conscious at all. But even worse may come to it. Once it is conscious, it becomes able to doubt; and, having no means of getting rid of this by appeal to the Self, it seeks a reason for its action. The reason, knowing nothing of the matter, promptly replies, basing its judgement, not on the needs of the self, but on facts outside and alien to the star. It is, in fact, guided by strangers of whose very language it knows little and that mostly wrong. The Will having stopped in doubt, goes on again in error. The Will must never ask why. It ought to be as sure of itself as the Law of Gravity.

The New Comment
This is against these Intellectuals aforesaid. There are no "standards of Right." Ethics is balderdash. Each Star must go on its orbit. To hell with 'moral Principle;' there is no such thing; that is a herd-delusion, and makes men cattle. Do not listen to the rational explanation of How Right It All Is, in the newspapers.
We may moreover consider "Because" as involving the idea of causality, and therefore of duality. If cause and effect are really inseparable, as they must be by definition, it is mere clumsiness to regard them as separate; they are two aspects of one single idea, conceived as consecutive for the sake of (apparent) convenience, or for the general purpose previously indicated of understanding and expressing ourselves in finite terms.
Shallow indeed is the obvious objection to this passage that the Book of the Law itself is full of phrases which imply causality. Nobody denies that causality is a category of the mind, a form of condition of thought which, if not quite a theoretical necessity, is yet inevitable in practice. The very idea of any relation between any two things appears as causal. Even should we declare it to be causal, our minds would still insist that causality itself was the effect of some cause. Our daily experience hammers home this conviction; and a man's mental excellence seems to be measurable almost entirely in terms of the strength and depth of his appreciation thereof as the soul of the structure of the Universe. It is the spine of Science which has vertebrated human Knowledge above the slimy mollusc whose principle was Faith.
We must not suppose for an instant that the Book of the Law is opposed to reason. On the contrary, its own claim to authority rests upon reason, and nothing else. It disdains the arts of the orator. It makes reason the autocrat of the mind. But that very fact emphasizes that the mind should attend to its own business. It should not transgress its limits. It should be a perfect machine, an apparatus for representing the universe accurately and impartially to its master. The Self, its Will, and its Apprehension, should be utterly beyond it. Its individual peculiarities are its imperfections. If we identify ourselves with our thoughts or our bodily instincts, we are evidently pledged to partake of their partiality. We make ourselves items of the interaction of our own illusions.
In the following verses we shall find the practical application of this theorem.