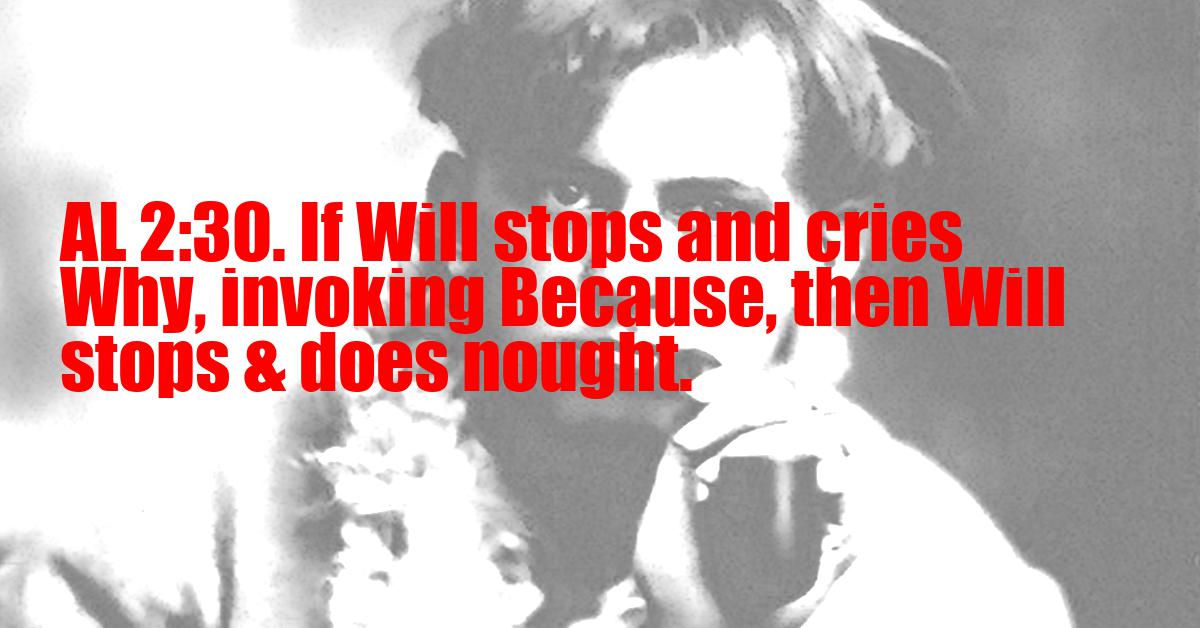 If Will stops and cries Why, invoking Because, then Will stops & does nought.

The New Comment
There is no 'reason' why a Star should continue in its orbit. Let her rip! Every time the conscious acts, it interferes with the Subconscious, which is Hadit. It is the voice of Man, and not of a God. Any man who 'listens to reason' ceases to be a revolutionary. The newspapers are Past Masters in the Lodge of Sophistry Number 333. They can always prove to you that it is necessary, and patriotic, and all the rest of it, that you should suffer intolerable wrongs.
The Qabalists represent the mind as a complex of six elements, whereas the Will is single, the direct expression as "The Word" of the Self. The mind must inform the Understanding, which then presents a simple idea to the Will. This issues its orders accordingly for unquestioning execution. If the Will should appeal to the mind, it must confuse itself with incomplete and uncoordinated ideas. The clamour of these cries crowns Anarchy, and action becomes impossible.