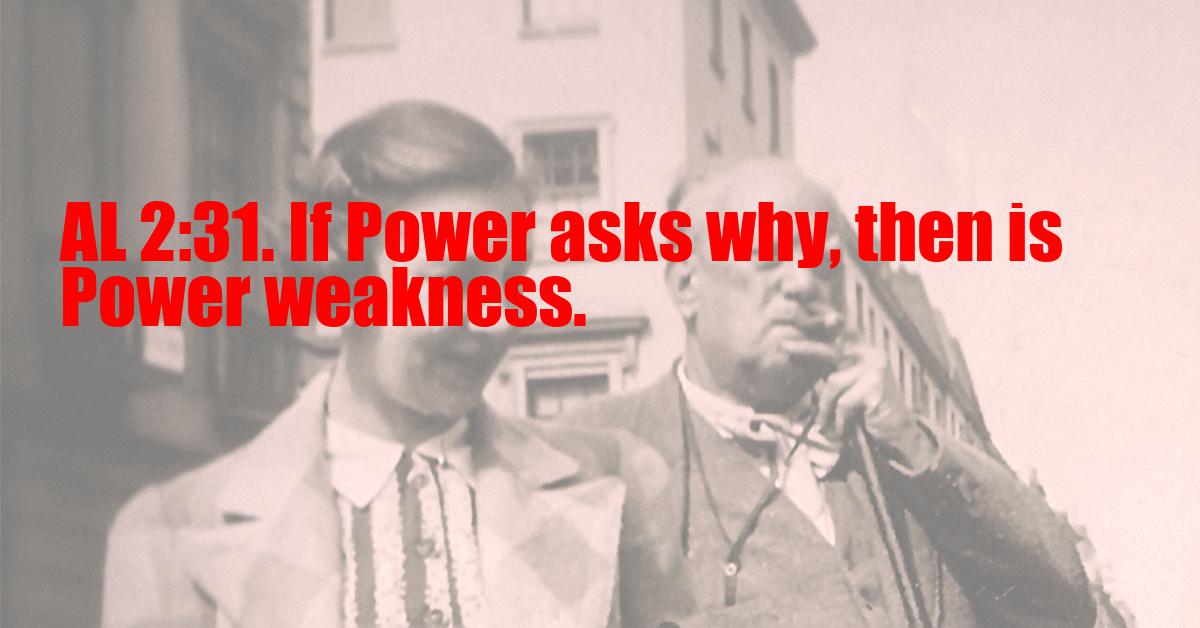 If Power asks why, then is Power weakness.

The New Comment
It is ridiculous to ask a dog why it barks. One must fulfil one's true Nature, one must do one's Will. To question this is to destroy confidence, and so to create an inhibition. If a woman asks a man who wishes to kiss her why he wants to do so, and he tries to explain, he becomes impotent. His proper course is to choke her into compliance, which is what she wants, anyhow.
Power acts: the nature of the action depends on the information received by the Will; but once the decision is taken, reflection is out of place. Power should indeed be absolutely unconscious. Every athlete is aware that his skill, strength, and endurance depend on forbidding mind to meddle with muscle. Here is a simple experiment. Hold out a weight at arm's length. If you fix your attention firmly on other matters, you can support the strain many times longer than if you allow yourself to think of what your body is doing.