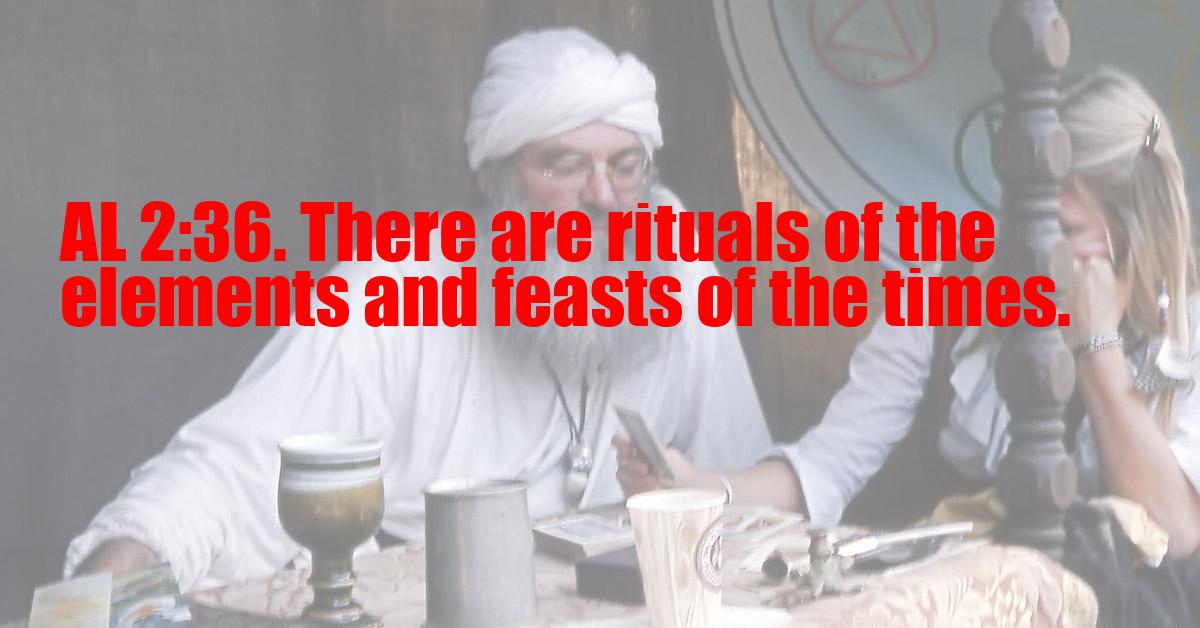 There are rituals of the elements and feasts of the times.

The New Comment
Each element – fire, earth, air, water, and Spirit – possesses its own Nature, Will, and Magical Formula. Each one may then have its appropriate ritual. Many such in crude form are described in The Golden Bough of Dr. J.G. Frazer, the Glory of Trinity!
In particular the entry of the Sun into the cardinal signs of the elements at the Equinoxes and Solstices are suitable for festivals.
The difference between 'rituals' and 'feasts' is this: by the one a particular form of energy is generated, while there is a general discharge of one's superfluous force in the other. Yet a feast implies periodical nourishment.