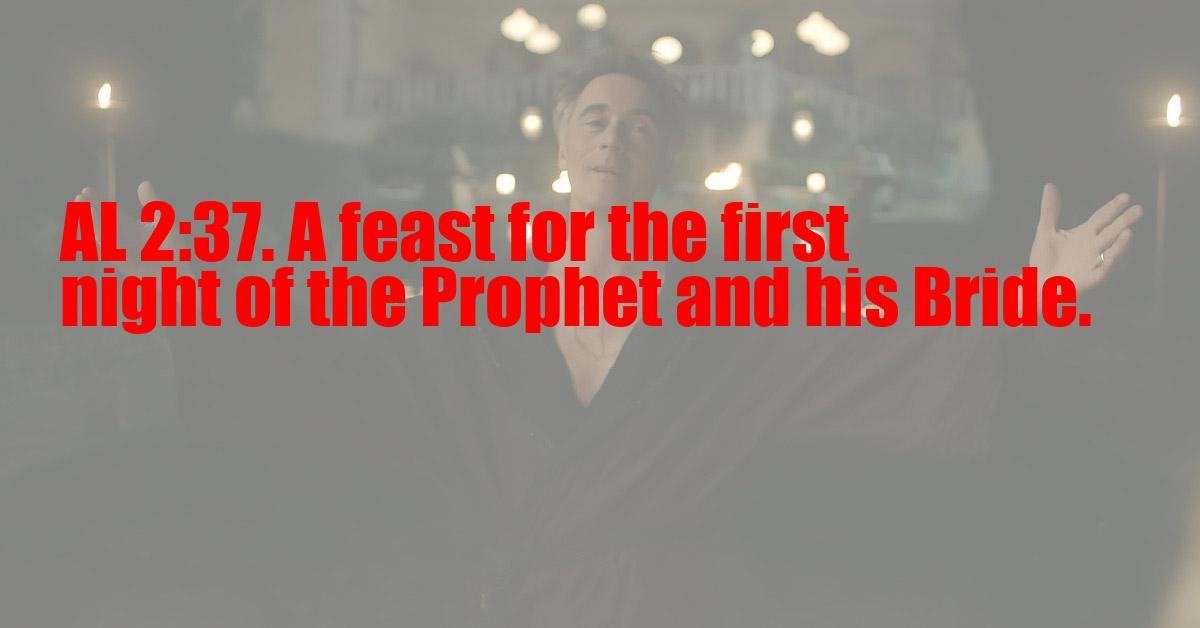 A feast for the first night of the Prophet and his Bride!

The New Comment
There should be a special feast on the 12th day of August in every year, since it was the marriage of The Beast which made possible the revelation of the New Law. (This is not an Apology for Marriage. Hard Cases make Bad Law).