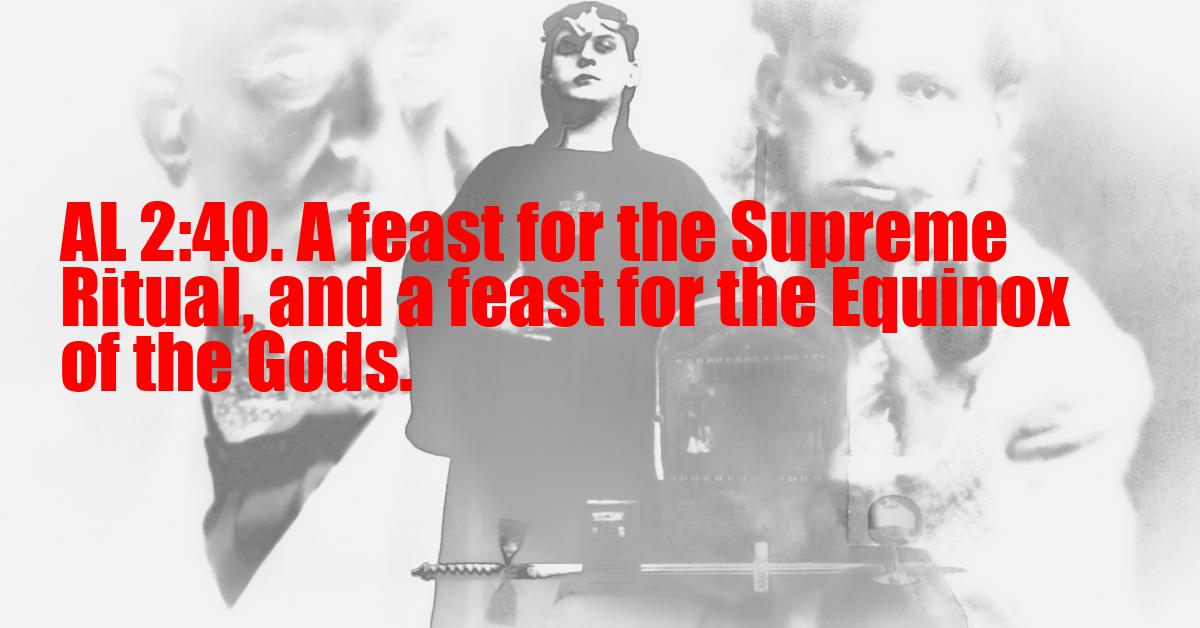 The New Comment
The Supreme Ritual is the Invocation of Horus, which brought about the Opening of the New Aeon. The date is March 20.
The Equinox of the Gods is the term used to describe the Beginning of a New Aeon, or a New Magical Formula. It should be celebrated at every Equinox, in the manner known to Neophytes of the A∴A.∴