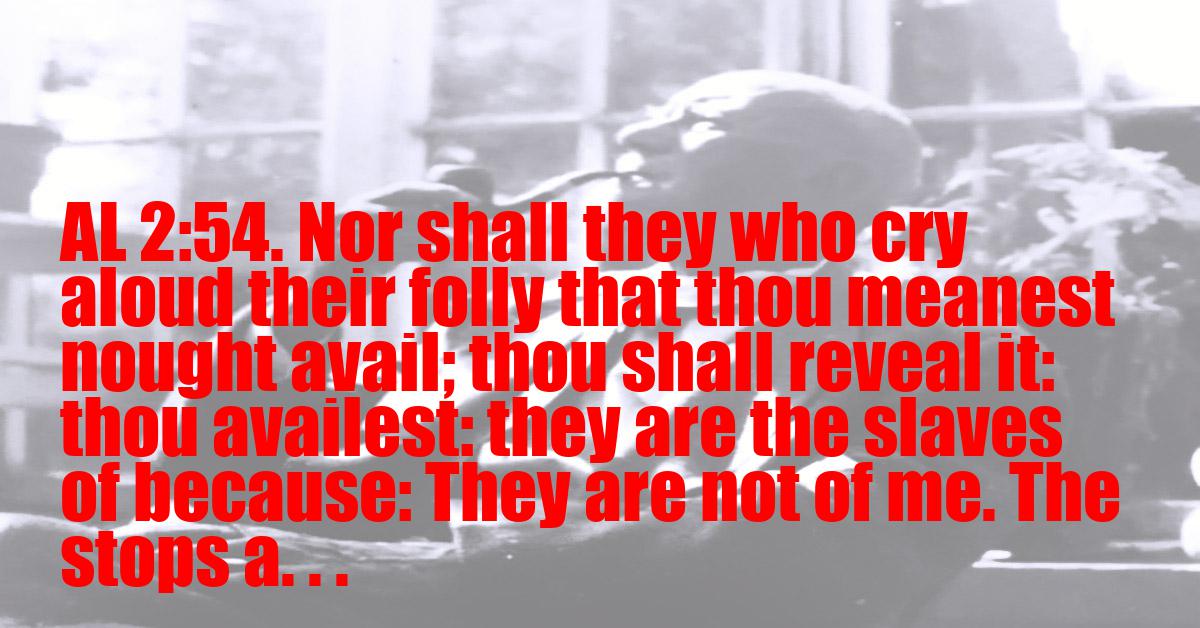 Nor shall they who cry aloud their folly that thou meanest nought avail; thou shall reveal it: thou availest: they are the slaves of because: They are not of me. The stops as thou wilt; the letters? change them not in style or value!

The Djeridensis Comment
My spirit was heavy, also, because of those who mocked my speech, and swore that it was empty of sense. Aiwass assured me that their folly should not avail, that I should succeed in my Work of showing forth truth, that I should avail. My critics are hag-ridden by reason; they are not themselves. They are the slaves of their mental machines. This question of my meaning refers first of all to this Book; for Aiwass goes on straight away to repeat his warning not to change the letters of the text. I was allowed to insert stops as I might choose.

The Old Comment
The triumph over the rationalists predicted.
The punctuation of this book was done after its writing; at the time it was mere hurried scribble from dictation.
See the MS. facsimile.

The New Comment
The second part of the text was in answer to an unspoken query as to the peculiar phrasing.
The first part is clear enough. There are a number of people of shallow wit who do not believe in Magick. This is doubtless partly due to the bad presentation of the subject by previous Masters. I have identified Magick with the Art of Life. The transcendental superstructure will not overburden those who have laid this Right Foundation.
There is an elaborate cryptographic meaning in this verse; the words 'folly', 'nought', 'it', and 'me' indicate the path of research.