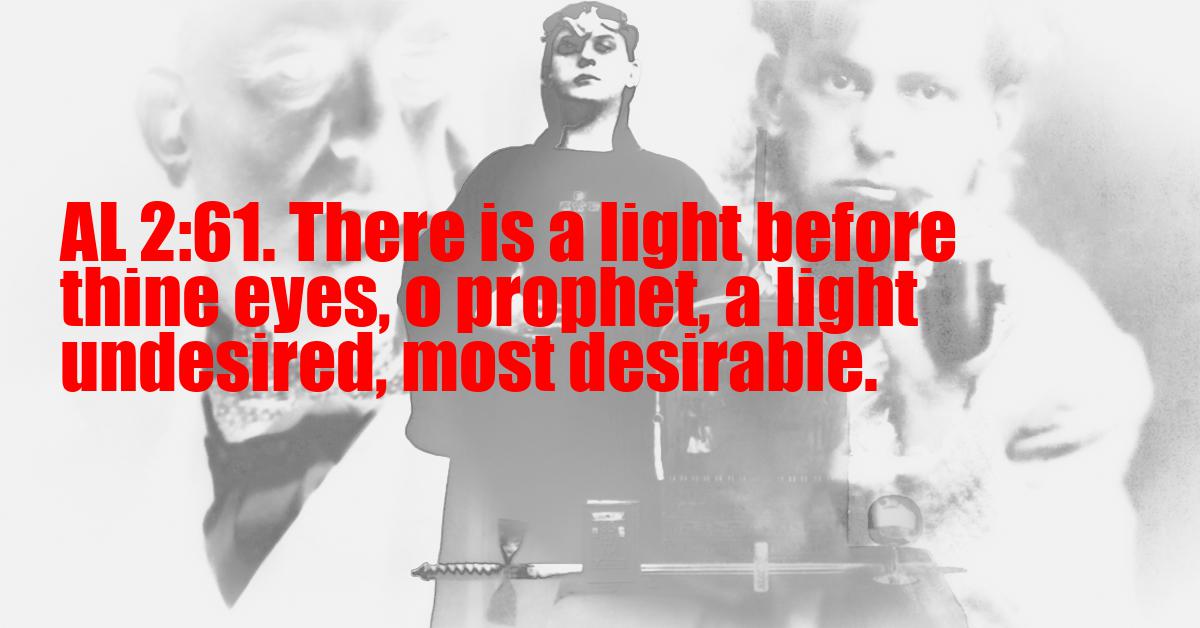 There is a light before thine eyes, o prophet, a light undesired, most desirable.

The Old Comment
At the ecstasy of this thought the prophet was rapt away by the God. First came a new strange light, His herald.

The New Comment
This chapter now enters upon an entirely new phase. The revelation or 'hiding' of Hadit had by now sunk into the soul of The Beast, so that He realized Himself.