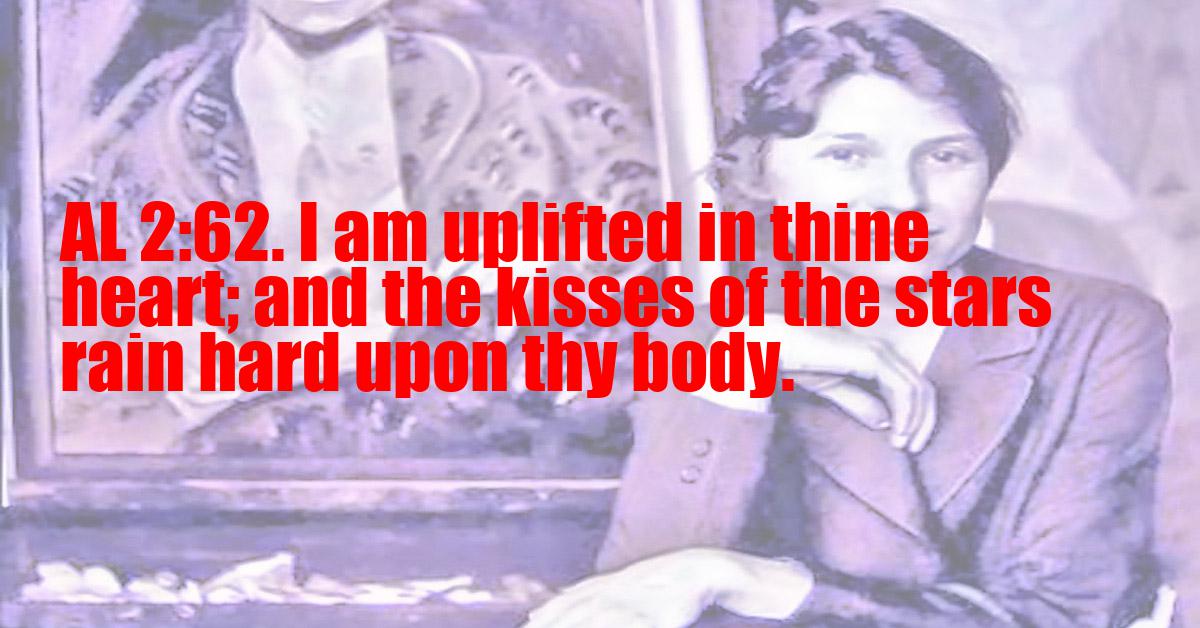 I am uplifted in thine heart; and the kisses of the stars rain hard upon thy body.

The Old Comment
Next, as Hadit himself, did he know the athletic rapture of Nuit's embrace.

The New Comment
"Uplifted in thine Heart": – compare the Book of the Heart Girt with a Serpent. (Liber LXV.) (See Equinox III,I.)