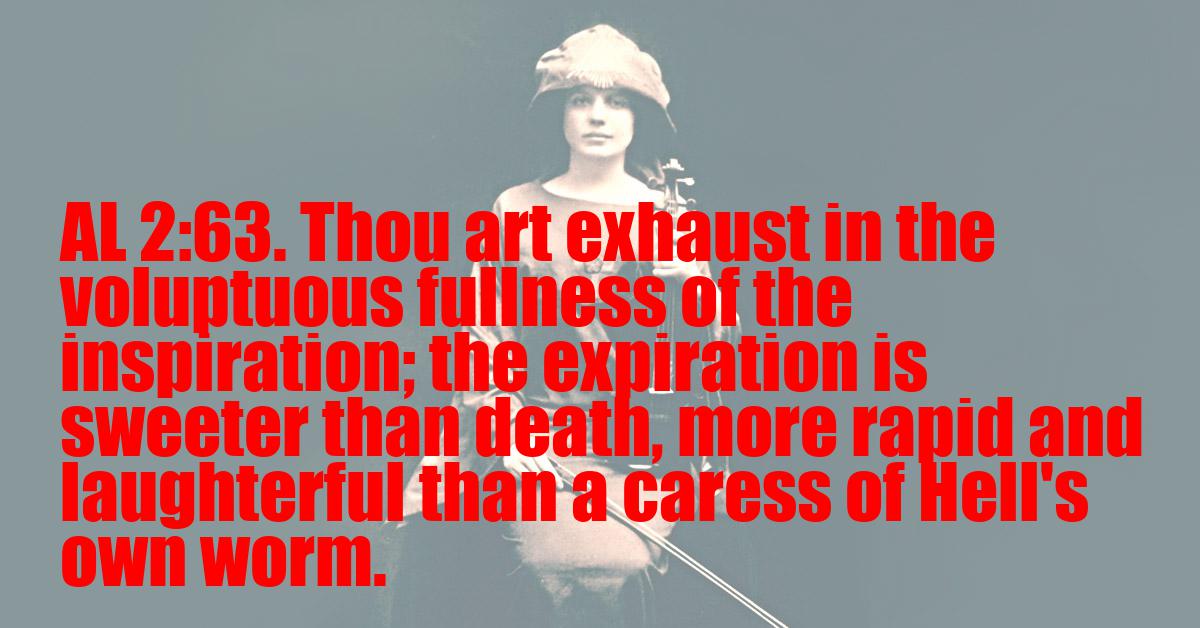 Thou art exhaust in the voluptuous fullness of the inspiration; the expiration is sweeter than death, more rapid and laughterful than a caress of Hell's own worm.

The Old Comment
Each breath, as he drew it in, was an orgasm; each breath, as it went out, was a new dissolution into death.
Note that throughout these books death is always spoken of as a definite experience, a delightful event in one's career.

The New Comment
This verse conceals a certain Magical Formula of the loftiest initiations. It refers to a method of using the breath, in connexion with the appropriate series of ideas, which is perhaps not to be taught directly. But it may be learnt by those who have attained the necessary degree of magical technique, suggested automatically to them by Nature Herself, just as newly-hatched chickens pick up corn without instruction.