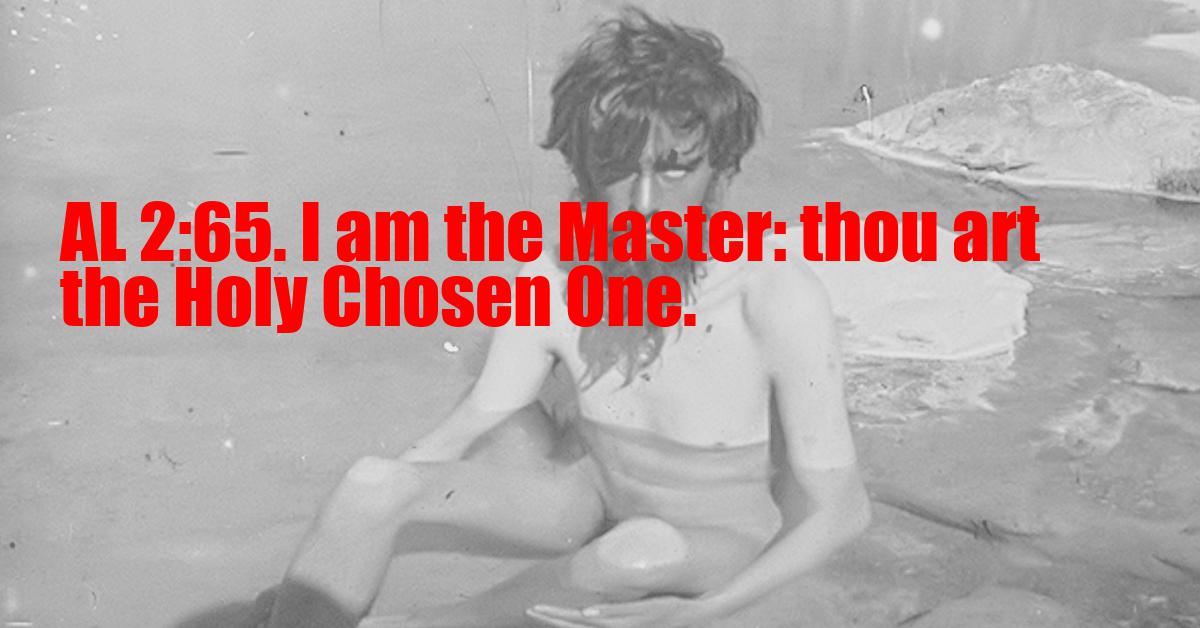 I am the Master: thou art the Holy Chosen One.

The Old Comment
(65-66.) The division of consciousness having re-arisen, and been asserted the God continues, and prophesies — of that which I cannot comment.
The ecstasy rekindles,

The New Comment
It is curious that this verse should be numbered 65, suggesting L.V.X. and Adonai, the Holy Guardian Angel. It seems then that He is Hadit. I have never liked the term 'Higher Self'; True Self is more the idea. For each Star is the husk of Hadit, unique and conqueror, sublime in His own virtue, independent of Hierarchy. There is an external hierarchy, of course, but that is only a matter of convenience.