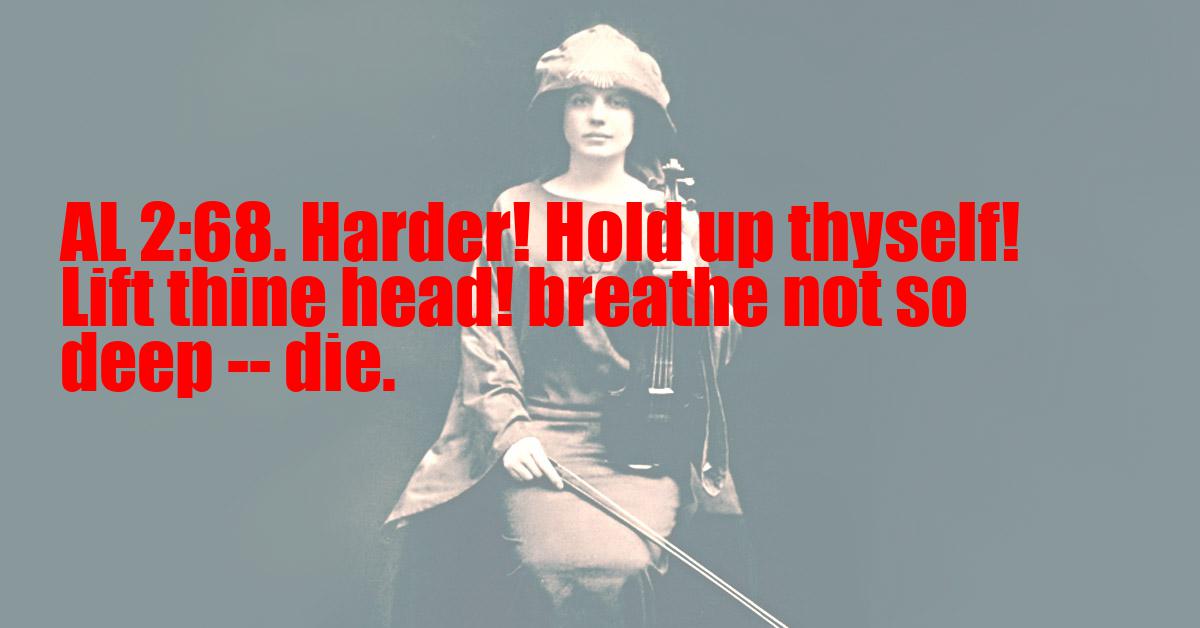 The Old Comment
(67-68.) So violently that the body of the prophet is nigh death.
(Harden, not Harder, as the MS. indicates. The memory of DCLXVI says, though with diffidence, that the former is correct.)

The New Comment
It is remarkable that this extraordinary Experience has practically no effect upon the normal consciousness of THe Beast. "Intoxicate the inmost, o my God" – and it was His Magical Self, 666, that was by this Ecstasy initiated. It needed years for this Light to dissolve the husks of accident that shrouded his True Seed.