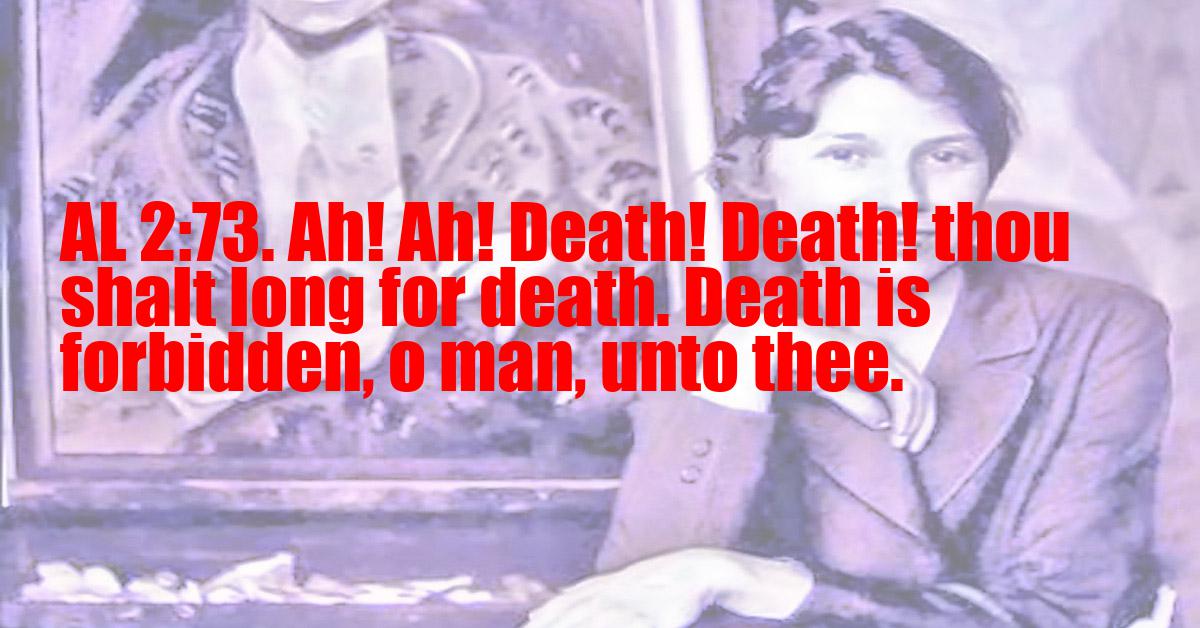 The Djeridensis Comment
(73-74.) A final challenge rings out sharp. There is a doctrine with regard to death, stranger perhaps than all the others. It is a mark of success in Magick to get one’s work done fully in one’s prime, so that life has nothing left to offer, and one begins to long for the great journey into the unknown — the Call of the Old Long Trail. It is not lawful to hasten the start. The measure of the splendour of death is the strength and courage needed while waiting for it. The longer one lives and the more one wills to die, the more royal is one’s nature.

The Old Comment
(73-74.) Yet death is forbidden: work, I suppose, must be done before it is earned; its splendour will increase with the years that it is longed for.