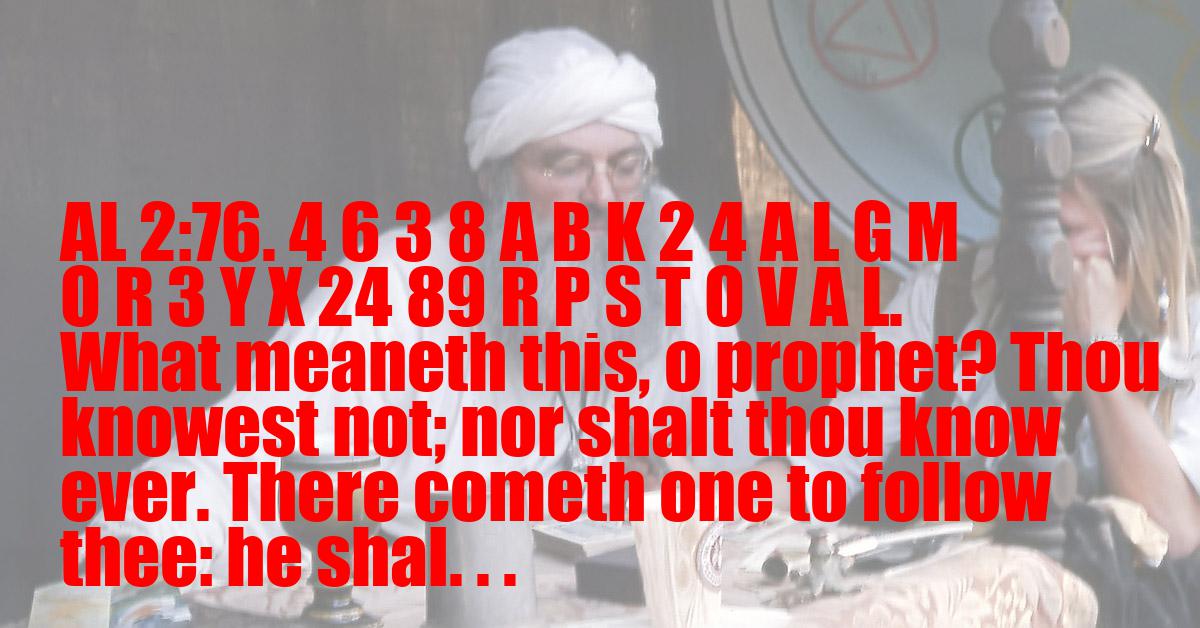 Bethsheba Comment:
There seems to be two riddles in one for this verse. One for the hand-written manuscript (Liber 31) and another for the typed manuscript (Liber 220). The best solution for the 2:76 riddle of Liber 220 that I have seen, comes from Ryan Set-Tetu-Ra who simply numbered the English alphabet from A=1 to Z=26 then counted 2:75 & 2:76 with it for the grand total of 777.

The riddle of Liber 31 is this: 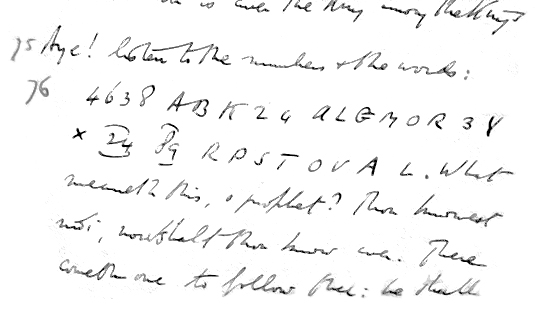 Instead of an English letter Y there is a Tsade sofit: ץ and the x is a multiplication sign. The lines around the numbers 24 and 89 suggest their increase or decrease. I suggest that 24 should be rounded down to 0.24 and 89 should be rounded up to 890. Furthermore I think ץ * 0.24 is in it's proper sequence.
My own solution to this riddle is to use the values as elements in the calculation of 9 gates of the Seven Palaces, thus using these gates as a checksum. 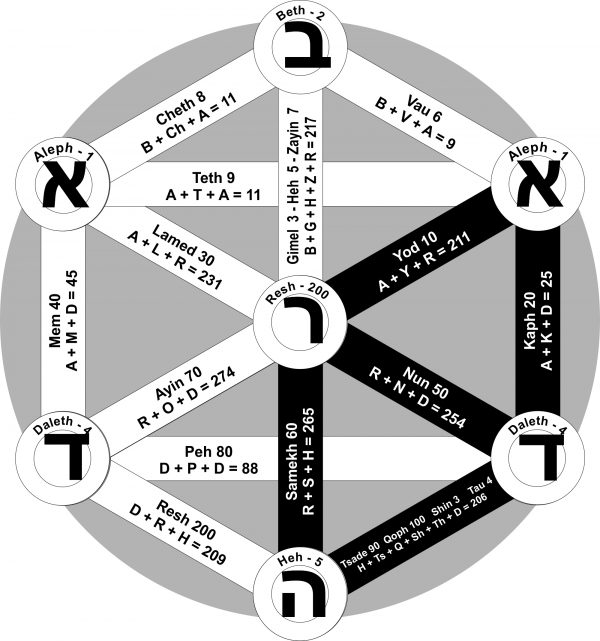 The Djeridensis Comment
(75-76.) With this the Angel changes His theme yet again with brusque swiftness, and propounds a final riddle. The object of this cipher is to furnish proof that the man destined to succeed me is my rightful heir. The test is that he is able to make clear the meaning of these "the numbers & the words." This brief passage stops as it began — on a sudden, and Aiwass goes on at once to issue a last command to myself. I am to keep in constant mind that I am Hadit, that I am ever to aspire to make myself one with all things that may be, yet also to keep watch over mankind, for whose sake I first started on the path of Magick. My mission is "to tell them this glad word."

The Old Comment
(75-76.) A final revelation. The revealer to come is perhaps the one mentioned in I. 55 and III. 47. The verse goes on to urge the prophet to identify himself with Hadit, to practise the Union with Nu, and to proclaim this joyful revelation unto men.

The New Comment
It is the prophet, the 'forth-speaker' who is never to know this mystery. But that does not prevent it from lying within the comprehension of the Beast, kept secret by him in order to prove any one who should claim sonship. (Cf. the note in brackets to the new comment on verse 75.
The last part of this verse presents no difficulty.
An XVI, Sun in Sagittarius. In the Appendix {WEH NOTE: the Appendix is still unrecovered} will be found the Qabalistic proofs referred to in the penultimate paragraph, as supporting the claim of Sir Charles Stansfeld Jones, whose occult names, numbers, dignities and titles, are as follows: PARZIVAL, Knight of the Holy Ghost, etc., X degree O.T.O., 418, 777, V.I.O. (Unus In Omnibus), Achad, or O.I.V.V.I.O. (Omnia in Uno, Unus in Omnibus), Fra A∴ A∴, 8° = 3□, Arctaeon, to be my son by Jeanne Foster, Soror Hilarion. [See Appendix for the technical explanation of this verse.] I may here briefly mention, however, that "Thou knowest not" is one of the cryptographic ambiguities characteristic of this Book. "Thou knowest" – see Cap. I verse 26, and 'not' is Nuith. The word 'ever' too, may be the objective of 'know', rather than merely an adverb.
Note "to be me", not "to be I" – an evident reference to Nuit, "not", MH. Cf. verse 13, comment. One can only exist by being Nuit, as explained in discussing the general magical theory.
Observe that I am here definitely enjoined to proclaim my Law to men, 'to look forth' instead of retiring from the world as mystics are wont to do. I may then be confident that this Work is a proper part of my Will.
Note: This 'one' is not to be confused with the 'child' referred to elsewhere in this Book. It is quite possible that O.I.V.V.I.O. (who took the grade of 8° = 3□ by an act of will without going through the lower grades in the regular way) failed to secure complete annihilation in crossing the Abyss; so that the drops of blood which should have been cast into the cup of Babalon should "breed scorpions, and vipers, and the Cat of Slime". In this case he would develop into a Black Brother, to be torn in pieces and reduced to his Elements against his Will.