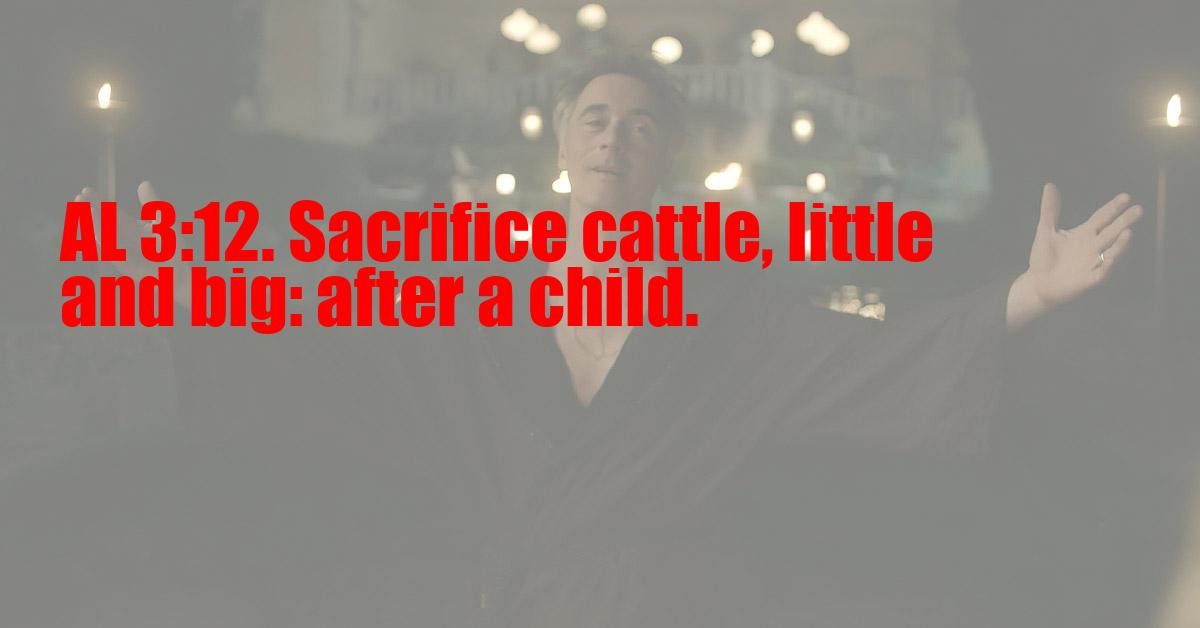 Sacrifice cattle, little and big: after a child.

The Old Comment
(12-15.) This, ill-understood at the time, is now too terribly clear. The 15th verse, apparently an impossible sequel, has justified itself.

The New Comment
(12-15.) This, read in connexion with verse 43, was then fulfilled May 1, 1906, o.s. The tragedy was also part of mine initiation, as described in The Temple of Solomon the King. It is yet so bitter that I care not to write of it.
{WEH NOTE: Crowley lost his first child to illness. He blamed his wife for unhygienic practices.}