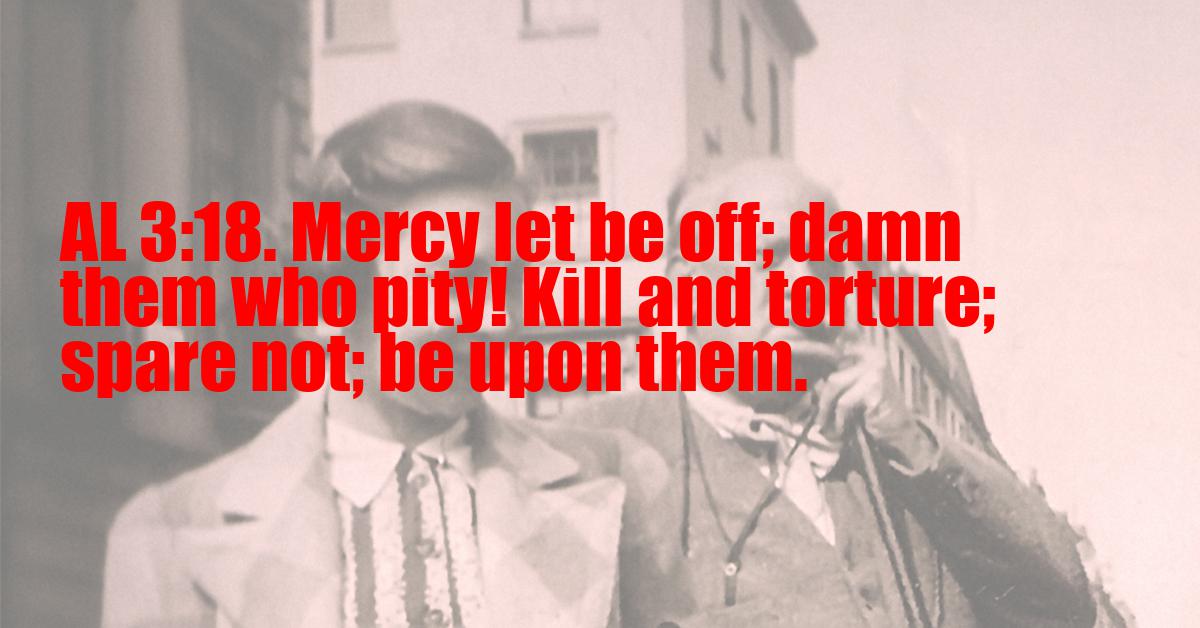 Mercy let be off: damn them who pity! Kill and torture; spare not; be upon them!

The Old Comment
An end to the humanitarian mawkishness which is destroying the human race by the deliberate artificial protection of the unfit.

The New Comment
What has been the net result of our fine 'Christian' phrases? In the good old days there was some sort of natural selection; brains and stamina were necessary to survival. The race, as such consequently improved. But we thought we knew oh! so much better, and we had "Christ's law" and other slush. So the unfit crowded and contaminated the fit, until Earth herself grew nauseated with the mess. We had not only a war which killed some eight million men, in the flower of their age, picked men at that, in four years, but a pestilence which killed six million in six months.