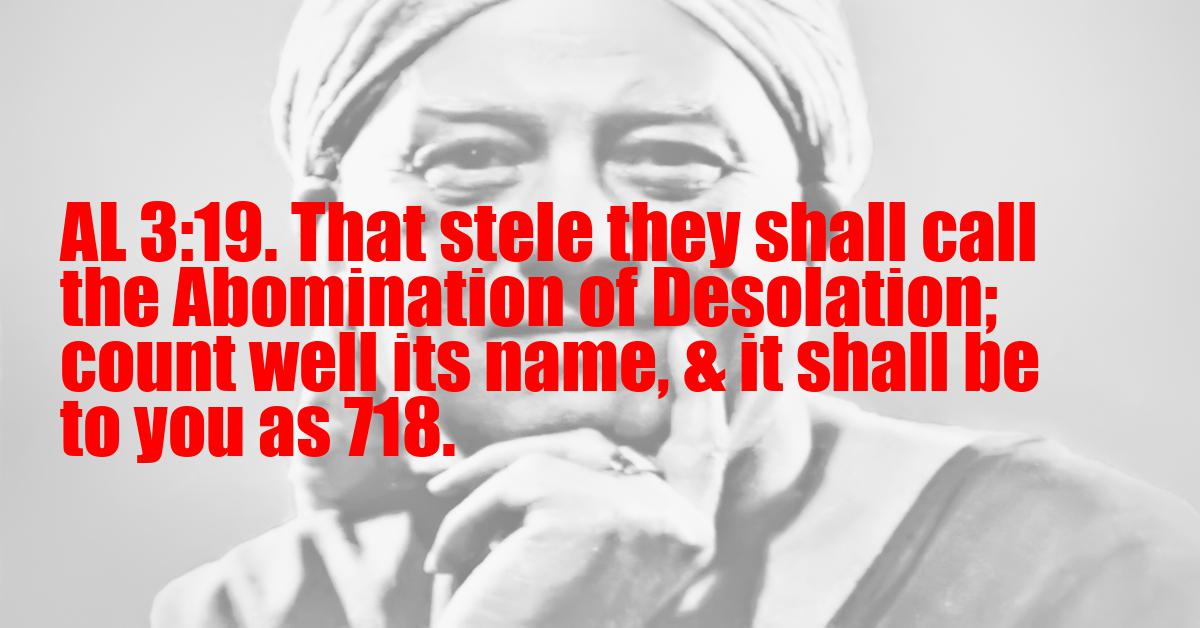 That stélé they shall call the Abomination of Desolation; count well its name, & it shall be to you as 718.

The Old Comment
718 is υπομονη {upomone}, the abstract noun equivalent to Perdurabo. (Sun in 3 Degree Cancer, An. VII.)