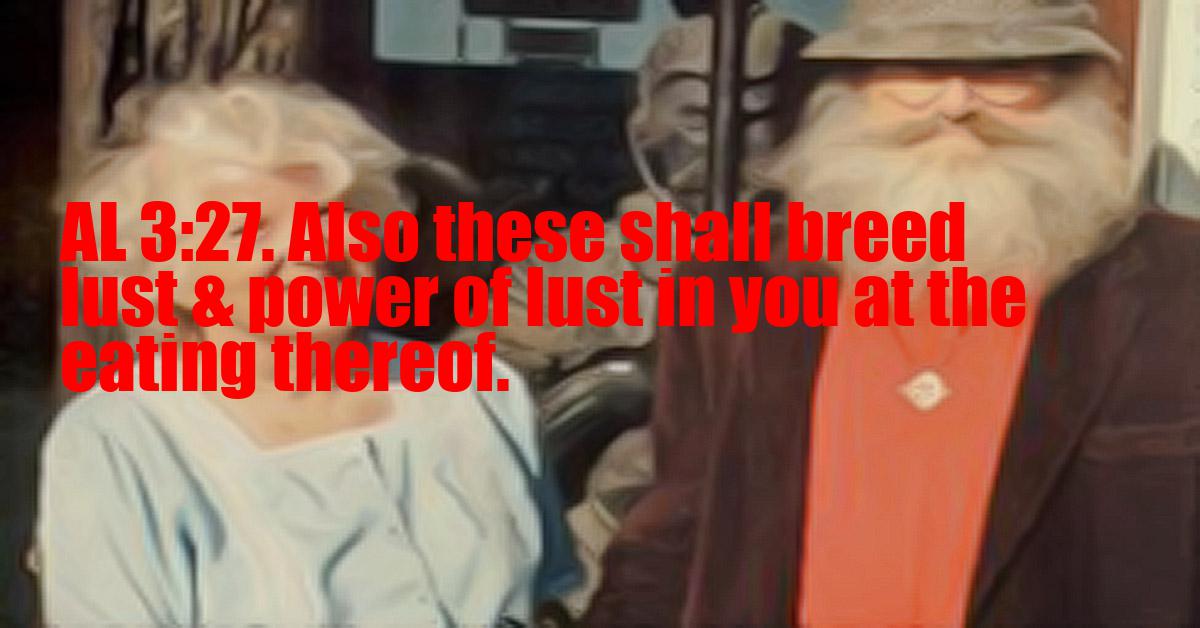 Also these shall breed lust & power of lust in you at the eating thereof.

The Old Comment
(26-29.) These experiments, however, were not made.

The New Comment
The word "lust" is not necessarily to be taken in the sense familiar to Puritans. It means robustness, 'merriment' as of old understood: the Germans have retained the proper force of the term in "lustig". But even the English retain "lusty".
The Puritan is undoubtedly a marvel. He has even succeeded in attaching a foul connotation to a colourless word like "certain" – "In a section of the city with a certain reputation women of a certain class suffering from certain diseases are charged with performing certain acts" is a common enough item in the newspapers. It allows the fullest play to the dirtiest imaginations – which appears to be the aim of the societies for the Suppression of Vice, and their like.