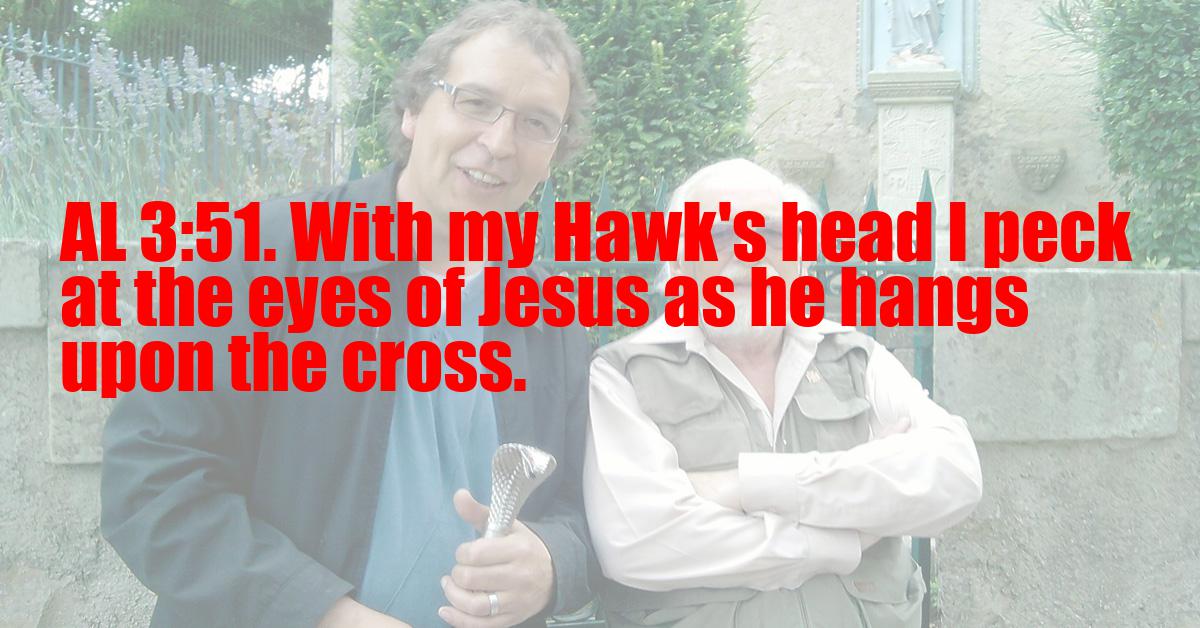 With my Hawk’s head I peck at the eyes of Jesus as he hangs upon the cross.

The New Comment
We are to consider carefully the particular attach of Heru Ra Ha against each of these 'gods' or prophets; for though they be, or represent, the Magi of the past, the curse of their Grade must consume them.
Thus it is the eyes of 'Jesus' – his point of view – that must be destroyed; and this point of view is wrong because of his Magical Gesture of self-sacrifice.
One must not for a moment suppose that this verse supports the historicity of 'Jesus.' 'Jesus' is not, and never was, a man; but he was a 'god,' just as a bundle of old rags and a kerosene tin on a bush may be a 'god.' There is a man-made idea, built of ignorance, fear, and meanness, for the most part, which we call 'Jesus,' and which has been tricked out from time to time with various gauds from Paganism, and Judaism.
The subject of 'Jesus' is, most unfortunately, too extensive for a note; it is treated fully in my Book 888.