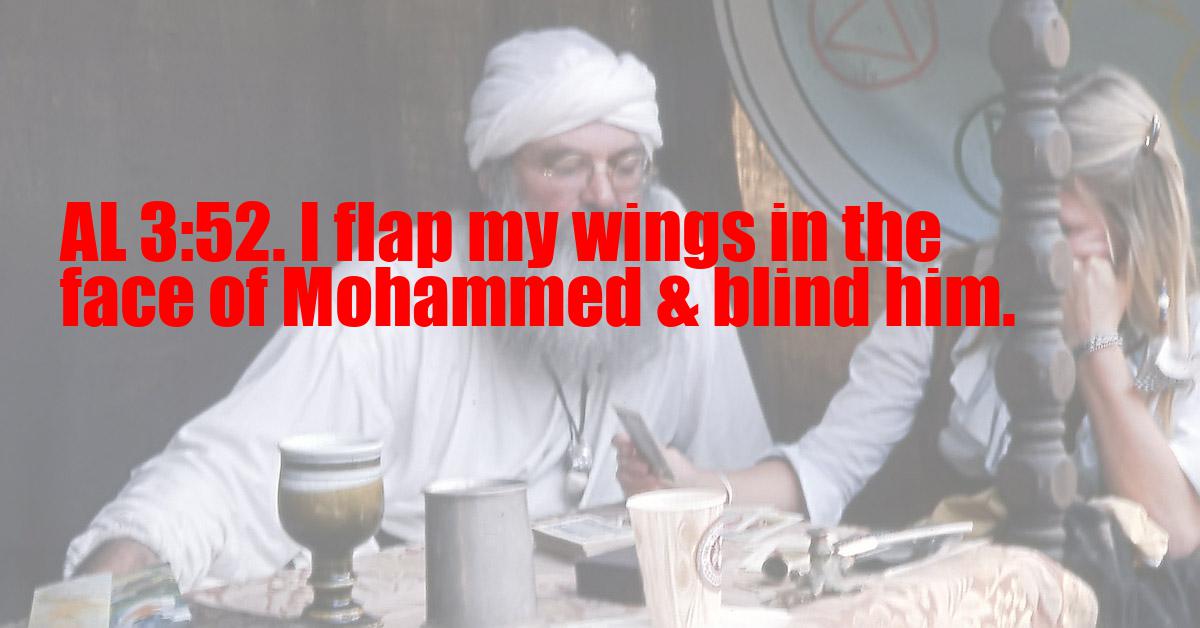 Bethsheba Comment:
Hru Ra Ha + Mohammed + blind = 719.
Note that 'Ιησου Χριστου' (Jesus Christ) is 719.
Every twelve hours the hour hand and seconds hands of an analog clock align exactly 719 times.
'Are there not twelve hours of daylight? If anyone walks in the daytime, he will not stumble, because he sees by the light of this world.'~ Jesus (John 11:9)

I flap my wings in the face of Mohammed & blind him.

The New Comment
Mohammed's point of view is wrong too; but he needs no such sharp correction as 'Jesus.' It is his face – his outward semblance – that is to be covered with His wings. The tenets of Islam, correctly interpreted, are not far from our Way of Life and Light and Love and Liberty. This applies especially to the secret tenets. The external creed is mere nonsense suited to the intelligence of the peoples among whom it was promulgated; but even so, Islam is Magnificent in practice. Its code is that of a man of courage and honour and self-respect; contrasting admirably with the cringing cowardice of the damnation-dodging Christians with their unmanly and dishonest acceptance of vicarious sacrifice, and their currish conception of themselves as 'born in sin,' 'miserable sinners' with 'no health in us.'