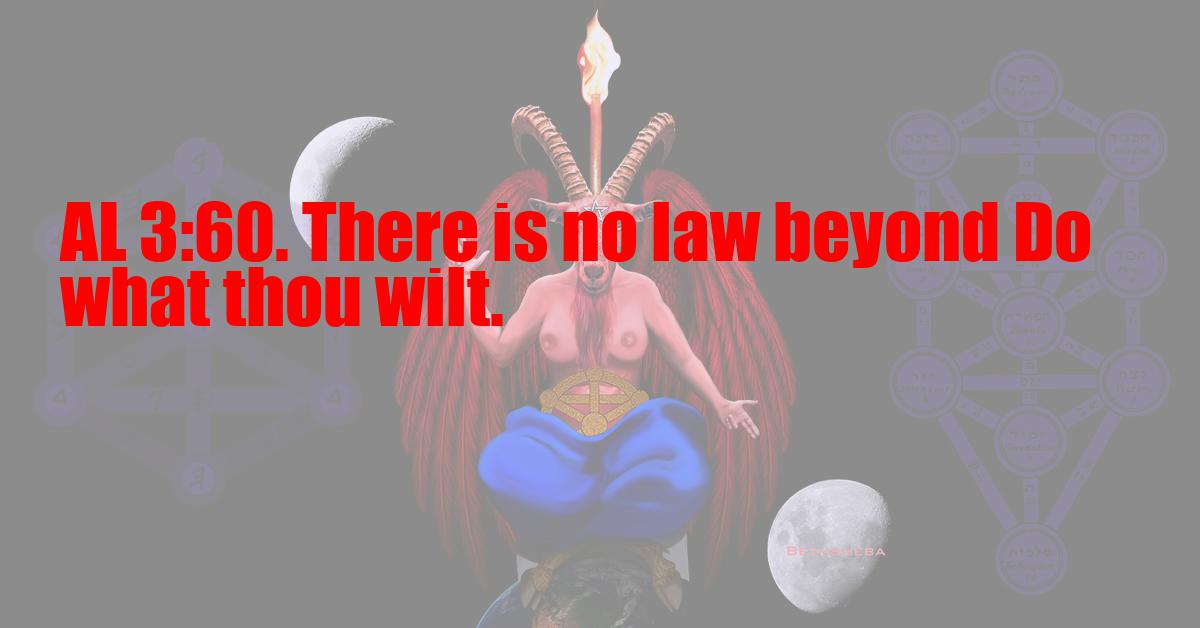 There is no law beyond Do what thou wilt.