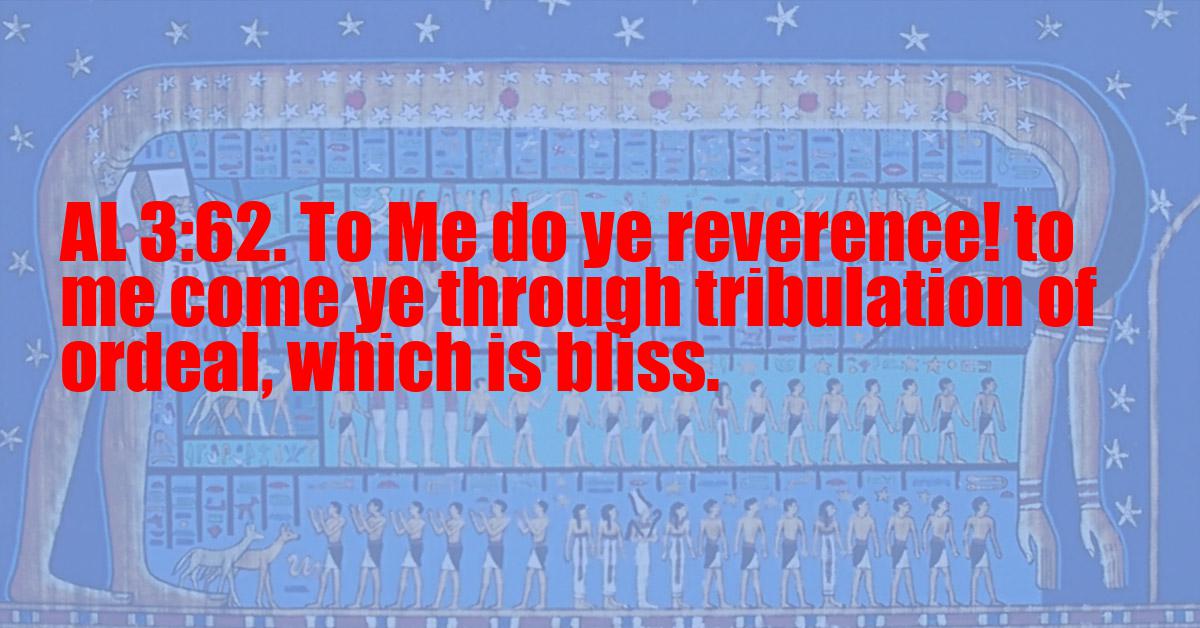 To Me do ye reverence! to me come ye through tribulation of ordeal, which is bliss.

The New Comment
This seems to indicate the means to be used in freeing the soul from its 'girders'.
We have seen that Ra-Hoor-Khuit is in one sense the Silent Self in a man, a Name of his Khabs, not so impersonal as Hadit, but the first and least untrue formulation of the Ego. We are to reverse this self in us, then, not to suppress it and subordinate it. Nor are we to evade it, but to come to it. This is done "through tribulation of ordeal". This tribulation is that experienced in the process called Psychoanalysis, now that official science has adopted – so far as its inferior intelligence permits – the methods of the magus. But the 'ordeal' is 'bliss'; the solution of each complex by 'tribulation' – note the etymological significance of the word! – is the spasm of joy which is the physiological and psychological accompaniment of any relief from strain and congestion.