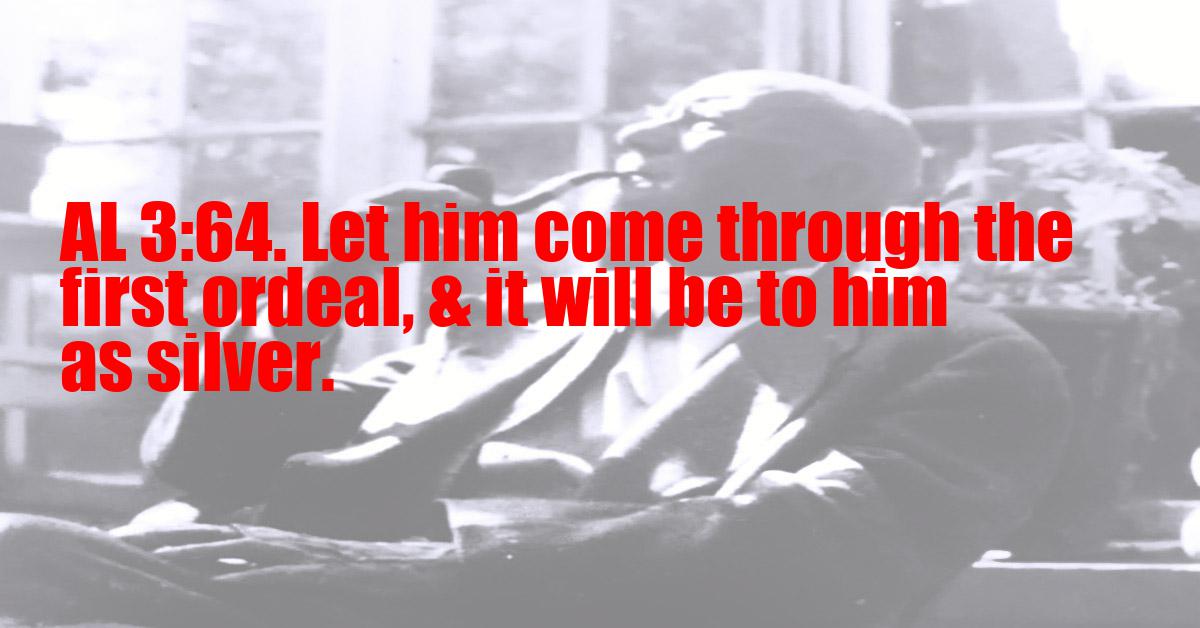 Let him come through the first ordeal, & it will be to him as silver.

The New Comment
The "Tree of Life" in the Qabalah represents ten spheres arranged in three pillars, the central one of these containing four, and the others three each. These spheres are attributed to certain numbers, planets, metals, and many other groups of things; indeed all things may be referred to one or other of them. (See Book 4 Part III and Liber 777). The four ordeals now to be described represent the ascent of the aspirant from the tenth and lowest of these spheres, which refers to the Earth, unregenerate and confused, in which the aspirant is born. He riseth in the first ordeal to the sphere called the Foundation, numbered 9, and containing, among other ideas, those of the generative organs, Air, the Moon, and Silver. Its secret Truth is that Stability is identical with Change; of this we are reminded by the fact that any multiple of 9 has 9 for the sum of its digits.
The initiate will now perceive that the sum of the motions of his mind is zero, while, below their moon-like phases and their Air-like divinations, the sex-consciousness abides untouched, the true Foundation of the Temple of his body, the Root of the Tree of Life that grows from Earth to Heaven. This Book is now to him "as silver." He sees it pure, white and shining, the mirror of his own being that this ordeal has purged of its complexes. To reach this sphere he has had to pass through a path of darkness where the Four Elements seem to him to be the Universe entire. For how should he know that they are no more that the last of the 22 segments of the Snake that is twined on the Tree?
Assailed by gross phantoms of matter, unreal and unintelligible, his ordeal is of terror and darkness. He may pass only by favour of his own silent God, extended and exalted within him by virtue of his conscious act in affronting the ordeal.