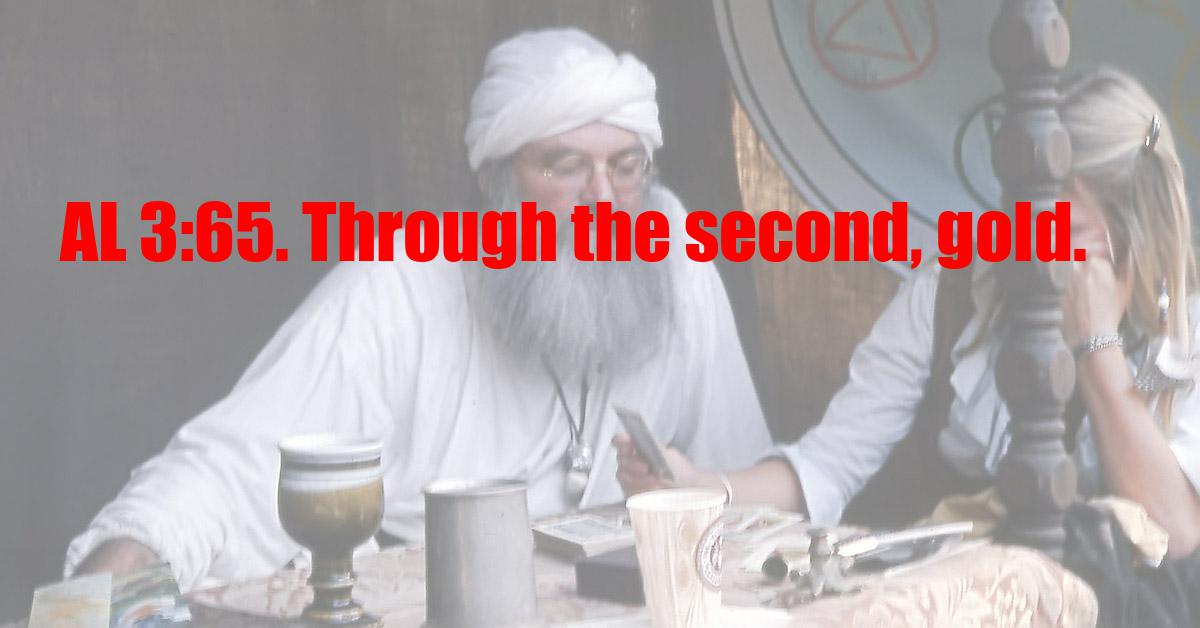 Through the second, gold.

The New Comment
The next sphere reached by the aspirant is named Beauty, numbered 6, and referred to the heart, to the Sun, and to Gold. Here he is called an "Adept". The secret Truth in this place is that God is Man, symbolized by the Hexagram, (in which two triangles are interlaced).
In the last sphere he learnt that his Body was the Temple of the Rosy Cross, that is, that it was given him as a place wherein to perform the Magical Work of uniting the oppositions in his Nature. Here he is taught that his Heart is the Centre of Light. It is not dark, mysterious, hollow, obscure even to himself, but his soul is to dwell there, radiating Light on the six spheres which surround it; these represent the various powers of his mind. This Book now appears to him as Gold; it is the perfect metal, the symbol of the Sun itself. He sees God everywhere therein.
To this sphere hath the aspirant come by the Path called Temperance, shot as an arrow from a Rainbow. He hath beheld the Light, but only in division. Nor had he won to this sphere except by Temperance, under which name we mask the art of pouring freely forth the whole of our Life, to the last spilth of our blood, yet losing never the least drop thereof.